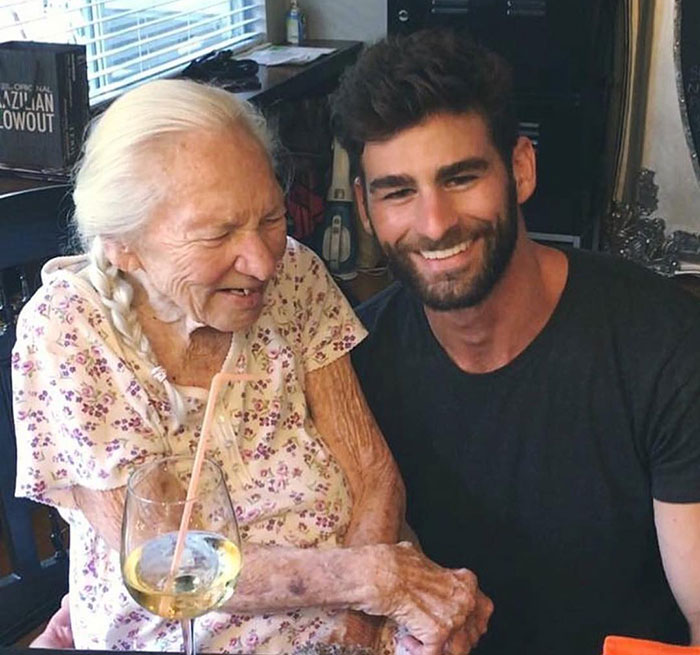 When Chris Salvatore, who is 31, moved into the local area, he didn’t know anyone. However, he soon became friendly with the 85-year-old woman and the unlikely pair struck up an immediate friendship: They got together every day — cooking, playing with Cook’s cat, Hermes, and sipping on champagne (Cook’s drink of choice). 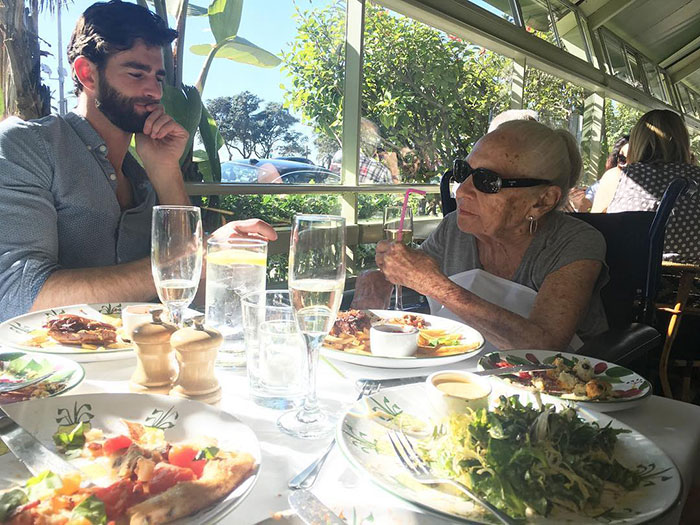 Throughout the years that followed, the two would come closer and closer, speaking daily and learning more and more about each other’s lives

Sadly, as Norma aged, her health began to deteriorate and after a visit to the hospital, the doctors stated that she required care 24/7. Chris then spent more of his time looking after Norma, making sure she was safe and carrying out chores around the house, while also making trips to the local store.

Chris, knowing Norma was struggling, even set up a GoFundMe page to pay for Norma’s medical costs.

However, as he moved away, he realized that he couldn’t leave Norma behind, and the pair decided to move in together.

“She couldn’t be happier that I asked. I was over there visiting most days anyway. The only other option was for her to go into a facility. I just couldn’t do that to someone who is like my own grandmother.” 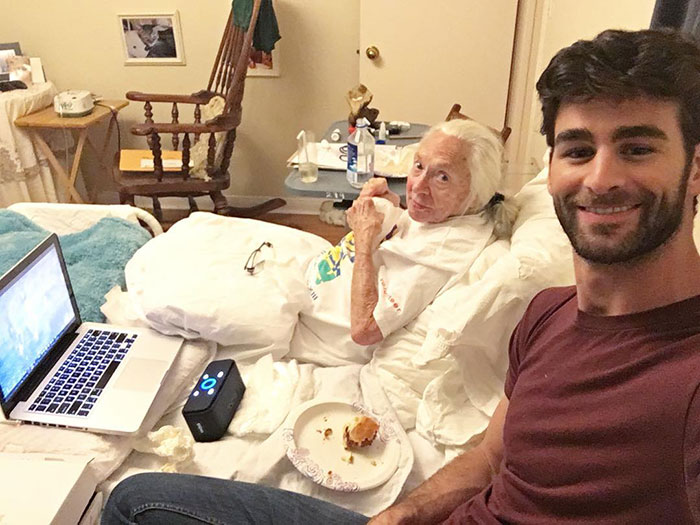 Sadly, Norma passed a while later, but was able to spend her last days with someone who cared for her deeply. Chris said:

“I’m so happy I was able to give her this gift of living her last days at home. I can’t imagine what it’s like to go through the end of your life at a hospital without your friends or pets. We always watch the news. We mostly talk and drink Champagne and eat peanuts. It’s with a heavy heart that I share the news that earlier this morning the world lost a truly inspiring, beautiful woman. Norma is now resting peacefully in the eternal and while she may no longer physically be with us, her spirit will continue to fill the hearts of so many people… May you rest in peace my sweet sweet lady, Norma.” 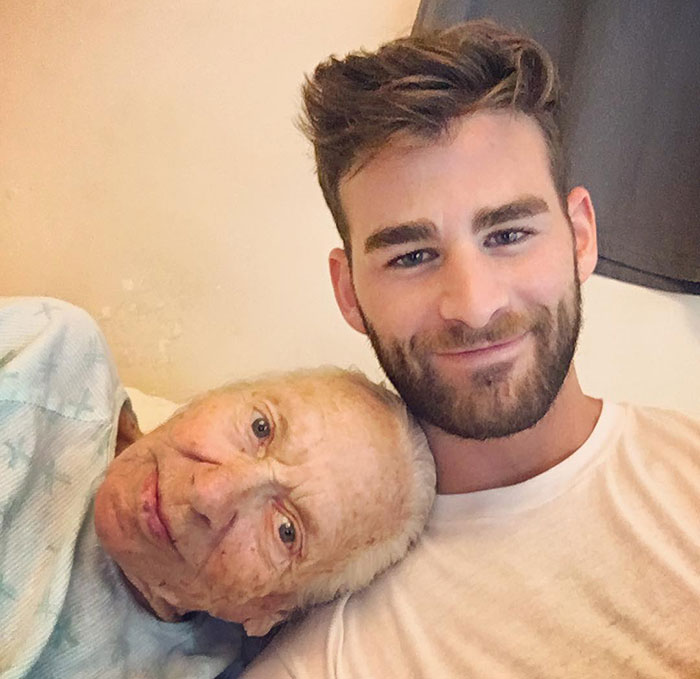 Cook made Salvatore promise he wouldn’t organize a funeral for her — only a celebration of her life to bring together her large, eclectic array of friends.

“A great teacher of love, she brought people of all different ages, races, genders together and now we’re all bonded,” says Salvatore. “She always told me she wanted to change the world and I really think she is doing that with her story and the amount of love she gave to people.
“She brought love to the world at a time when our country really needs that.”