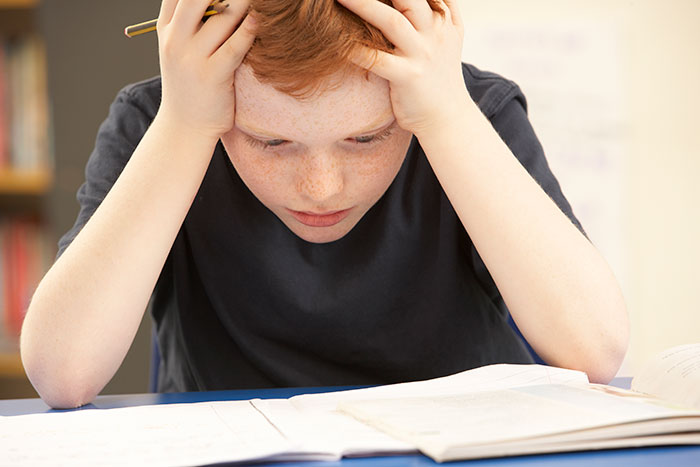 1. I have a global information processing disorder. If our brains were computers running at 60 frames per second normally, mine runs around 45 on a good day – not quite enough to really be noticeable, as it might in some people with Down’s Syndrome for the sake of example, but enough to lower my IQ and cause problems in my everyday life.

I’m one of the lucky ones, I can function relatively normally (discounting autism and the occasional epileptic seizure). However, I’m also fully aware of this deficit, and how high my IQ could be. Talking slowly or getting annoyed because I’ve asked you to repeat something, or pushing me out of the way when I don’t react fast enough… that’s just rubbing it in. I can’t change how well I process information – believe me, I’ve asked my doctor about it, and other people have tried before me. I’m stuck where I’m at in this regard, and it’s hard to “try harder” when I’m already running at 110% just to keep up with the rest of the world.

2. I was born with a severe case of hydrocephalus that no one caught onto until I went nearly full potato at 18, and then comatose a few days after when I turned 19. Turns out, all the issues that I had with learning things, memory retention, emotional maturity, etc, that was all affected by the water pressure building up on my brain. I wasn’t being a lazy slacker kid, I worked my ass off to pass my classes and graduate, I just couldn’t process things well so a lot of it came as difficult for me. In my haze of a memory during the first visit to the neurologist, it was determined that my condition was so severe, I shouldn’t have progressed past middle school learning and most (if not all) people diagnosed with the level of pressurization and compression of the brain as I was were in assisted living facilities just surviving as shells.

After needing a second surgery a year later, my brain eventually started firing the signals for mental maturity, but the process was still pretty difficult. Had to learn how I learned best, things didn’t process the same way. I’ve also adapted to overcompensating to make up for the lack of intelligence. Didn’t have the work smarter option most times so I just worked harder. It’s been about 12 years since the last surgery and I’ve grown immensely during that time as a person, but the work harder to overcompensate is still a huge issue for me. We still don’t know how off I really am cause no one caught it early enough and that’s a really isolating feeling

3. My IQ is just below average. I’m not great at standardized tests or math. I wasn’t in a special education program but I got c’s in the average non AP classes. Scraped by in college. Most of my decisions are based on a “feeling” and I just have to work much harder to understand things than most people, so I find I’m just constantly working really hard. But I keep myself open to new ideas and new ways of doing things. But the things I am good at, I’m really good at. I also try to use it to be funnier and the life of wherever I am.

Also, I know this is a cause for shame but I should also mention, I didn’t vote in 2016. Not because I’m lazy but because I didn’t understand either sides policies or what they represented. I know there’s a lot of people saying “just vote” but like… should I be voting if I don’t know exactly what I’m voting for? I would have voted blue because I like to think I’m progressive but I don’t really know what would be different. So now you sort of see how my mind works, hopefully.

4. I have an IQ of 90 which means below average. I sometimes see that other people can memorize and understand stuff faster than me.

5. IQ of 87 here. Words just don’t seem to click in college. My brain gets saturated after about 2 hours or so and I can’t remember any studying past that. There’s no chance at studying the last minute and it’s weird to be the smartest in the family despite a obvious flaws. I seem to have zero ability to think outside the box. It happens from time to time and it’s extremely satisfying when it does. Lastly, my working memory and comprehension is not very good, which is what an iq test is based on, this means when I’m literally at work in my retail job, sometimes I completely forget what I was doing or where I put an object a customer was supposed to get

6. I have low IQ, but I was never tested for anything else. My parents are actual geniuses, both have poor background but managed to succeed, all my siblings are smart also.

I had trouble following teachers and other kids in classes, it took way more time and more examples to figure something out. I never had the time to do anything else than study, I don’t think I’ve had friends since kindergarten. I can’t talk to people, I have trouble understanding most jokes in reasonable amount of time. I never understood deeper meaning in any movies, songs or books, even when somebody explained them to me.

The thing that screwed me up the most is the “you can do anything you want if you work hard enough” thing we say to the kids. Because it worked for my parents, they thought it will work for me. And not just them, all motivational speakers, all teachers… I worked 10 times more(literally) than other kids so I was actually pretty good in high school. I thought that uni is going to be the same, just by going there and working hard I will get my degree. What happened was that I couldn’t folllow courses after the introductory stuff, I somehow passed the first year but I was kicked out after 2nd year because my exam results were so bad. I developed several sleep disorders, several addictions and I’m in huge debt as a result of my 2 failed years in uni. I can’t even get my drivers license, there too many things on the road to keep track off.

Now I’m jobless, I can’t even get a job as a janitor and I genuinly don’t know what I’m going to do. I had a job at a lumber mill for 2 days until I injured a coworker. I had a job at a restaurant but I was fired from there also because of my character. My dream was never to earn a lot of money or anything similar, my dreams were things that 99% of people experience like getting a proper job so I wouldn’t depend on my parents, getting a degree to make my parents proud and to prove to people that IQ is meaningless, learning how to drive, getting married and getting kids… Now all those things are impossible and I have 50 long years of my miserable life to live.

7. I’m very autistic and have adhd (iq in the 70s) so it’s kind of a mixed bag. I have a great memory for facts so I did well in grade school, even got in advanced classes, but as an adult I’m really struggling. I dont learn very easily and I dont take instructions well, I can get lost in familiar places. I cant play complex games and get really confused by a lot of things, even “normal” things like folding towels. I come across like an airhead and I can be explained in childs terms, how to do something, and it takes me at least 3 times every single time. not every time I do something new, I mean literally every time I do it

It’s very frustrating because I’ll say I’m not smart, and people will be like “nooooo dont say that! you’re smart” but the thing is, I’m not even sad about being dumb. I have other good qualities. I’m funny, I’m pretty, I’m kind. I’m so sick of people acting like intelligence=worth when that’s not at ALL the case. I’m okay with being slow, dont pretend I’m not to make me “feel better” because what’s going to happen is you’re going to expect me to be able to do things as if I’m smarter than I am, and then you’ll be frustrated when I dont

Pretty much the hardest part is when people (ESPECIALLY on reddit) pretend intelligence is THE only thing that matters when imo its maybe among the last things that matter to me personally in a friendship. and also its frustrating because if you’re a kind person who doesnt fit their “drooling idiot” image people write it off as low self esteem, and then whenever you “act dumb” you’re doing it on purpose to prove a point

8. I learnt to read novels before I started school at 4. I just got things and excelled to the point I was bored.

Then I was punched in the head. I’m in my 30s now, still desperately trying to get into university but knocked back constantly.

Can’t retain information I hear and slow to process it sometimes, I’m talking days. I’m a visual can really learner.

I’m poor, will never own my own home because I can’t get a job that pays well enough to save. I have no friends and no connections.

Can’t help my kids with their math homework at all so feel like a failure.

As a functioning adult, it’s difficult because people expect so much more from us than we are able to do or give, which makes us hate ourselves even more.