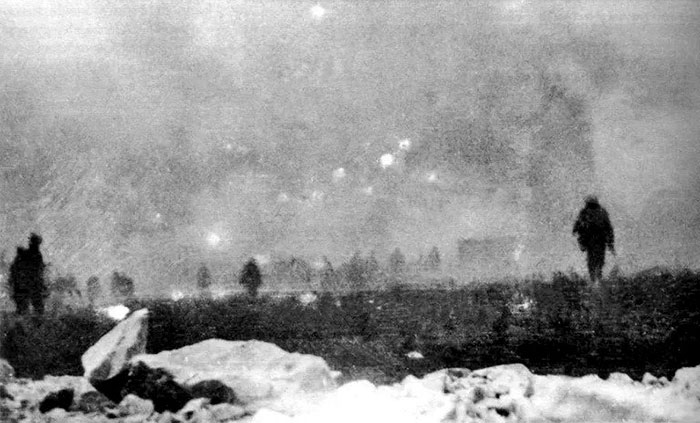 During the Battle of Loos in 1915, German machine gunners stopped firing out of sheer disgust for the amount of casualties they were inflicting on the British

The Battle of Loos was fought September 25-October 14, 1915, during World War I. Seeking to end trench warfare and resume a war of movement, British and French forces planned joint offensives in Artois and Champagne for late 1915.

Forming into ten assault columns, the 21st and 24th surprised the Germans when they began advancing without artillery cover on the afternoon of the 26th.

Largely unaffected by the earlier fighting and bombardments, the German second line opened with a murderous mix of machine gun and rifle fire. Cut down in droves, the two new divisions lost over 50% of their strength in a matter of minutes. German machine gunners reported being “nauseated” from the sight of so many corpses and ceased firing so that the British could retreat with their wounded.

The Battle of Loos saw the British make minor gains in exchange for around 50,000 casualties. German losses are estimated at around 25,000. Though some ground had been gained, the fighting at Loos proved a failure as the British were unable to break through the German lines.