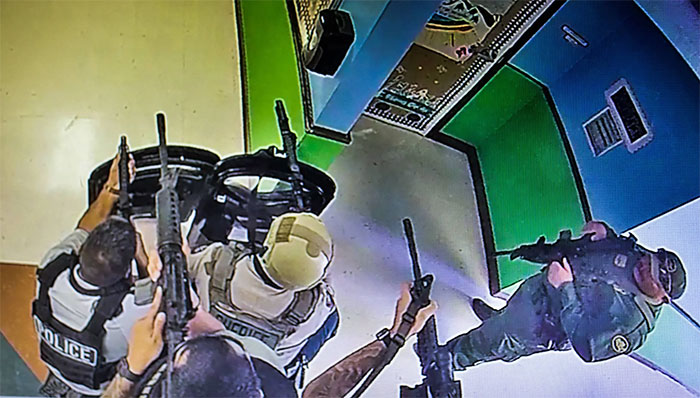 The first images emerged showing armed police with rifles and ballistic shields waiting in a school corridor inside Robb Elementary School in Uvalde at 12:04 p.m. May 24. Authorities stormed the classroom at 12:50 p.m.

By noon, officers had rifles, a Halligan and at least one ballistic shield — yet made no attempt to enter the classrooms for 50 minutes.

Police waited for a master key to arrive so that the classroom doors could be opened, even though it had not been established that the doors were locked, while tools were also available that could have been used to break them down, the Texas Tribune reported.

School police chief and councilman Peter Arredondo was the on-scene commander for the police response to the shooting, and he has come under intense scrutiny as more details of the response reach the public. 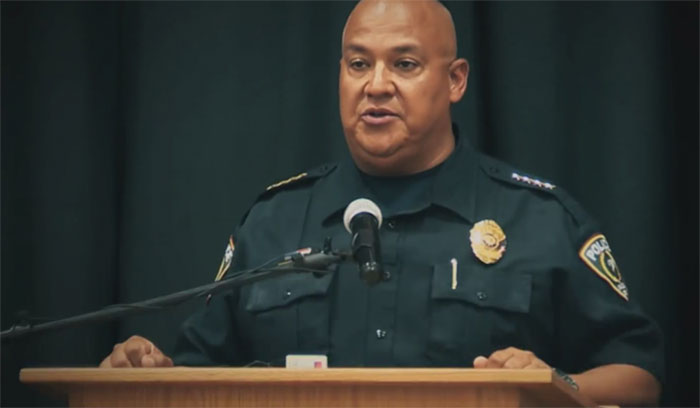 Arredondo was the on-scene commander for the police response to the shooting, and he has come under intense scrutiny as more details of the response reach the public.

Arredondo and other officers responded within three minutes of shooter Salvador Ramos beginning his rampage, but did not breach the door to the pair of classrooms for more than an hour.

They initially claimed the door had been locked and they had to wait for a key, but Col. Steve McCraw, director of the Texas Department of Public Safety, testified Tuesday that the door had, in fact, been unlocked the entire time.

“Three minutes after the suspect entered the west building, there was a sufficient number of armed officers wearing body armor to isolate, distract and neutralize the subject,” McCraw said. “The only thing stopping a hallway of dedicated officers from entering Room 111, and 112, was the on-scene commander, who decided to place the lives of officers before the lives of children.”

McCraw went on to describe Arredondo’s response as an “abject failure.”

The gunman was eventually shot dead by members of the US Border Patrol Tactical Unit.

Ulvade police had an active shooting drill with roleplay less than 3 months before the shooting. here are some of the guidelines described in that training they followed 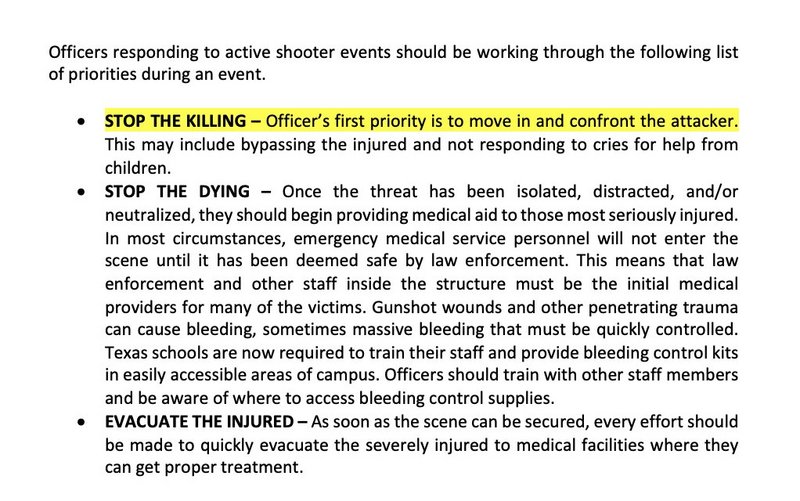 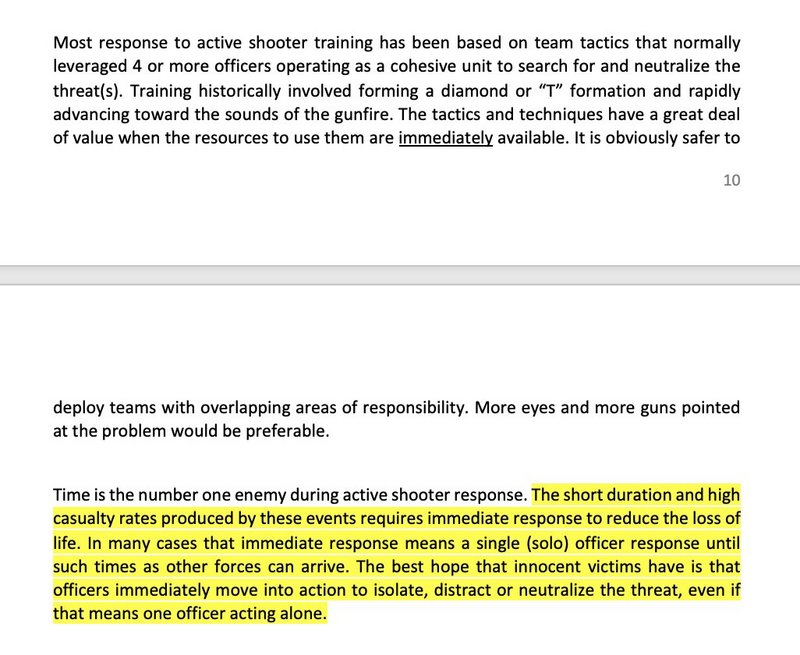