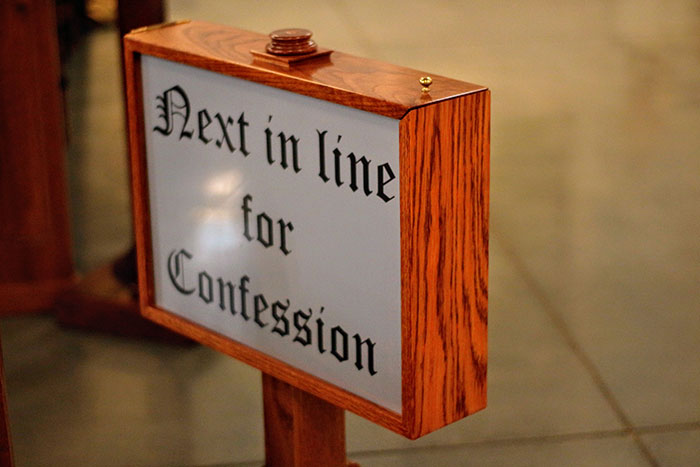 1. Me and my wife were having serious issues and then she got sick with cancer. That came like a mack truck. She said a lot of the grief she gave me was because she knew she was sick and was ashamed of burdening me and leaving me as a widow dad of four kids under 13.

I took care of that woman like she was one of my boys. That experience took 10 years off my life. Her death was easy compared to the aftermath.

I was going through her computer and saw that she had a separate email account which was odd. That was on purpose. This bitch was planning on blindsiding with a divorce and was going back and forth with different lawyers about making me a weekend dad, throwing me out of my house and even seeing if I’d pay her legal bills. This went on a week before she saw the doctor.

This slag used me to take care of her in her final days because no one else would. I won’t tell my kids…yet.

2. I was working for a company (out of many like this) dedicated to entirely manage OnlyFans accounts for girls. Basically these girls never did anything else than just taking the pictures and videos for us.

80% of workers were guys, 20% were girls, but it’s all fake. Even when you think that the person is real and is actually talking to you, she is not.

Even when the account is verified, it could be fake.

I feel bad because I talked to MANY guys who fell in love for a girl who doesn’t even know they exist and we had to take as much money as we could from everyone, that was the goal.

We were so good at it that our standards were 700-1000 USD per day with each account, and each worker had to manage 6 accounts, so imagine the amount of money we made monthly.

Also: it’s a PPV site and therefore it’s just a business, so don’t be the guy who just wants free content, it’s annoying af, real or not 🙂

3. So I’m not sure exactly where to put this so I thought here would be an okay place. Lately I’ve been seeing in a lot more liberal groups especially, that saying poor people shouldn’t have children is eugenics and it’s wrong blah blah blah. But I feel like a lot of people saying this haven’t had to experience growing up poor. In poverty, and homelessness.

My parent’s were poor and could barley take care of themselves, they lived in a motel when they got pregnant with me.

My entire childhood was a horrible experience having to grow up and not knowing if you were going to get fed, or have a roof over your head, it fucking sucked.

It hurt even more since I lived in a town where eveyone was well off, so as a kid I never got to experience things a lot of other kids do, like going to camp, taking summer trips to Disneyland, or playing their games on their nice TVs.

Growing up being the oldest girl I raised both of my little brothers since my parents couldn’t afford childcare, which led to me missing out on opportunities with my peers, I was so socially awkward for not being around people my age enough that even to this day.

I am 21 years old and all my friends are in their early 30s late 20s because I feel like I cannot relate to people my age.

I feel like I was forced to grow up way to fast and I would be lying if part of me said I didn’t resent my parents for having me knowing they couldn’t afford to.

I dont know, if you’re someone who can barley take care of themselves, do yourself and your future child a favor and just put off having children until you can afford them.

I think a lot of people see having children as a right, instead of seeing a child as a human being that has rights.

And sorry if I hurt anyone’s feelings by saying this, but yes I truly believe if you’re poor you shouldn’t be having children, it’s not you who suffers, it’s the child.

4. Gave the short guy a chance and it was totally worth it

I started seeing this shorter guy, 5’5, and I really like him. I myself am 5’11, so there’s already a huge difference. He carries himself with so much confidence, he doesn’t even care if I wear heels which I have when we go out. Phew, the sex is amazing too. Definitely the best I’ve ever had. I’ve never had someone fit between my legs so perfectly before. Now whenever I see a shorter man, I wonder what they’re like in bed and I feel an instant attraction. Go short kings! Shoot your shot at the tall girls!

But the surge of emotion I feel listening to “Birds”, and the way I bop my head with confidence to “Enemy” is very real.

Guys, we are ALL being manipulated by all forms of media, all of the time. Marvel is designed to be cinematic brain candy. Pop music is the same. We crave distraction and bursts of dopamine first, and meaning and profundity second.

And while I do love GOOD music too, I’m finally ready to stand up and say this. It feels like a weight has been lifted off me.

6. I’m 30 and my little brother is 24. He’s honestly the best brother I could have asked for. I still remember the day he was born and holding my newborn baby brother when I was a kid. As we grew up I always knew he was different but he’s my brother and I love him and I wouldn’t change him. He’s honestly one of my best friends and having a brother with downs syndrome, especially one like him has made me a better person.

Last month my parents went out of town for a few days and they asked if I’d stay with my brother and take care of the house. While he might have downs syndrome he’s not entirely helpless he just can’t really be on his own like that. So of course I agreed and brought my PS5 over and some games, snacks and beers, I called out of work for a few days and figured we’d have some fun just like when we were kids.

We were having a great time and were talking the first day while taking turns playing Elden Ring and my bro started the game and got to the part where the guy calls you “maidenless” and I said something like “Ooooo he called you maidenless bro…daaaaaaamn.” and my brother got super sad looking and I asked him what was wrong and he said, “I am maidenless. I’ll never have a girlfriend.” So we talked about that for a bit and he was actually feeling super depressed because he’s never had a girlfriend and didn’t think he ever would. We kind of talked it out and he was really sad and I decided fuck it we can find him a girl.

I called a couple people I knew who were into that sort of thing to see if they knew anyone. Well one of my buddies had a number of this girl so I gave her a call. She was actually super sweet and understanding about the situation and she said she’d be glad to show my brother a good time for her usual rate. She had a cousin with downs so she was very sympathetic.

I told my brother I’d pay a girl to come over and show him some fun on the condition that our parents will die without knowing I hired a prostitute to come to their house. He agreed.

So I made plans for her to come over, got my brother shaved and showered for his date. She showed up dressed up super nice she was also super hot. I’m no chef but I had picked up some food from Olive Garden for them. She was a genuinely nice person and was really good with him and I just left them to do their thing while I played the playstation in the livingroom. Eventually they passed by going upstairs to his room. I put my headphones on and kept playing.

Eventually they came back down and both had big smiles on their faces. She hung out with us a bit then it was time for her to go. I handed her the cash plus some extra as a bonus. She said my brother was a sweetheart and that I was a good brother to do something like that for him and that she had a good time. She handed me half the cash back.

Eventually my parents came back and thankfully are none the wiser as my mother especially would probably kill me. My brother is super appreciative and said it was the most fun he’d ever had. I have no regrets.

7.I can’t really say this out loud to anyone in my personal life because it would hurt my family members and my friends would try to console me because they love me but honestly, my life has been ruined due to my ugliness.

I’m not overweight, I dress well and I do my best to treat others well but none of this matters because I simply have a very ugly face. No men have ever approached me or wanted to date me because why would any man want to date a hideous woman who doesn’t even look like a woman? I don’t blame them, I mean I could be dressed in the most feminine clothing and i would still not look like a real woman because of my face

My entire life, a lot of people have been mean to me (including some relatives) because of how ugly I am – it’s so sad but true that even little kids who are perceived as “unattractive” get treated worse by adults

I’m only in my 20s but it’s so painful to know that I’m never going to get married or have my own children with a spouse who loves me.

I understand that it’s not any one else’s job to try and make me feel better about the fact that I am ugly because it’s not like anyone intentionally did this to me.

I have siblings who are actually reasonably attractive people so it’s not even like my parents genetics are necessarily bad but I just ended up with the worst combination of their genes and honestly, what is the point of living like this.

I feel so alone in this experience because I’ve barely ever met any other women who are naturally unattractive. Every woman I know gets hit on by men and approached for dating. I wish I knew what it was like to have a man want me sexually