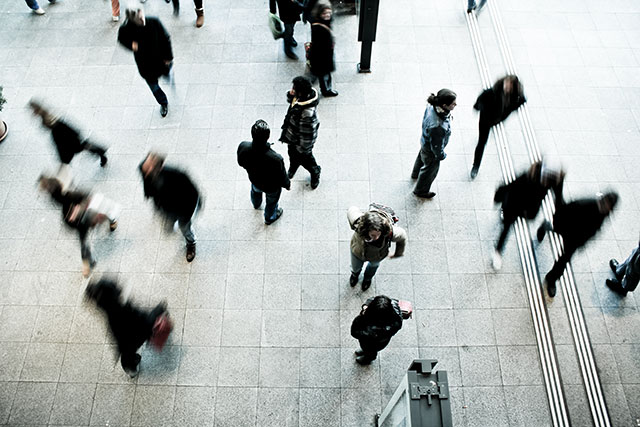 So many people today are in a rush to become successful.

They want to earn 7-figures in 12 months even though they have no marketable skills, no network, and no businesses acumen.

They want to build their dream body in 12 weeks even though they haven’t set foot in a gym in years and don’t really understand the current state of their physical body.

They want to magically find the man/woman of their dreams even though they themselves are completely undateable and have 0 social skills.

But the great irony of success (in any area of life) is that an approach that is overly focused on speed will actually force you to go slower.

Trying to achieve too many things too quickly or changing too many aspects of yourself and personality in too short of a time span will detriment your results.

Then let’s take a look at two (semi) hypothetical examples.

He isn’t fat, but he also isn’t in great shape and probably has 15–20 lbs. that he could lose.

He’s dating Sally from Accounting but their relationship is “meh” and he doesn’t feel the spark or connection that he’d really like.

After attending a personal growth conference (that he paid for on credit) he comes home and he’s on FIRE!

So he makes a plan and decides to take action.

He decides that, starting tomorrow, he’s going to:

He sets lofty goals for himself and decides that he wants to build a multiple 6-figure business in 6 months, lose 15 lbs. of fat and gain 20 lbs. of muscle, become as “Zen” as a monk, and feel abundant joy on a daily basis.

He wakes up the next day before his alarm goes off and for the following 24 hours, everything is perfect.

He does everything he’s supposed to do and goes to bed smiling and happy with himself.

The next day, he wakes up on time again, this time much more groggy and fuzzy headed.

He still accomplishes all of his tasks for the day, but he’s beginning to feel more tired and burnt out than he has in a while.

On the third day, he hits the snooze button for “just a few minutes” and oversleeps by 2 hours. He spends the rest of the day beating himself up and feeling like crap for being such a lazy p.o.s. He doesn’t make it to the gym and eats a cookie at the office.

By day #4, he’s tired, drained, and wondering why in the hell he even wanted to change his life in the first place.

After the first week has gone by, he’s sore, grumpy, and stuck in a pit of self loathing because he’s “Such a loser” for not being able to stick to his goals.

He quickly reverts back to his old patterns of behavior for a few months before casually picking up a copy of Awaken the Giant Within, getting a huge dump of motivation and trying to do it all over again.

Setting big goals, getting really intense, burning out quickly, and ultimately accomplishing nothing.

After more than a decade of this behavior, he’s no closer to the life of joy and freedom than when he first started.

In fact, he’s worse off than before because now he feels worse about himself AND his finances, health, and marriage have all deteriorated.

Speedy Sam has royally screwed himself over and paved the path to failure with his own good intentions.

Now let’s consider the inverse of this approach with Slow Steve.

Steve is very similar to Sam.

He’s slightly overweight, working a middle management job earning $50,000 a year and stuck in a relationship that isn’t all that inspiring.

Steve knows his life isn’t working and he decides to do something about it.

But after reading The Compound Effect and The Slight Edge, he realizes that the key to success is to slowly but surely take SMALL actions everyday towards his goals.

He sits down and looks at his life and realizes that two things are holding him back more than anything else.

Steve knows that his life isn’t going to change overnight and so he creates a simple 12 month plan for himself to get unstuck.

But here’s the thing… His plan isn’t all that crazy or audacious.

In fact, it seems too simple to most people.

For the first month, Steve only makes three small commitments.

At first, it doesn’t look like he’s making any progress. He loses only 2 lbs. during the first month, saves $70 in his War Chest, and narrows down his side hustle to 3 potential options.

Then, the next month, he adds on 3 new shifts.

Again, there aren’t many noticeable changes.

He loses a few more pounds of fat, boosts his energy levels by only 10%, and still isn’t earning any more money.

Slowly, but surely, he continues this trend over the following 12 months and by the time the year is over, he’s successfully:

His life hasn’t changed all that much in 12 months.

He’s earning a little bit more money, he’s in better shape, his energy levels are higher, and his relationship is more connected.

But he isn’t a millionaire or fitness model and he doesn’t have some magical relationship where he screws like a rabbit everyday and never fights with his girl.

But he commits to continuing the process.

By the time that 5 years have passed, his life is COMPLETELY unrecognizable from the life he was living before.

He’s a lean, mean, fighting machine and weighs 185 lbs. with 8% bodyfat. He regularly competes in Jujitsu matches and Spartan Races, and he feels amazing.

He quit his corporate job and is earning $150,000/year as a marketing consultant and he’s in the process of self publishing his first book.

He’s happily married, feels deeply connected to his wife, and has a stellar sex life.

He put one foot in front of the other and changed everything.

Another 5 years go by and now, Steve is a world renowned marketer earning more than $3,000,000 a year. He has a budding personal brand, 3 best selling books, tens of thousands of dollars of passive income, and a career that he loves.

His body is a weapon and he’s in better shape than the guys that are 10 years younger than he is.

His relationship with his wife is a point of power in his life and spending time with her rejuvenates and inspires him (instead of draining him).

In other words… Steve is a badass.

But he didn’t get there overnight.

He did it in small steps that helped him prepare for HUGE leaps (like proposing, quitting his corporate job, and competing in his first physique show) .

Steve has changed his life SLOWLY.

But ironically… He changed faster than ANY of the other guys trying to rush their way to success.

So chill out, trust the process, put one foot in front of the other, and eventually… You’ll get what you want.