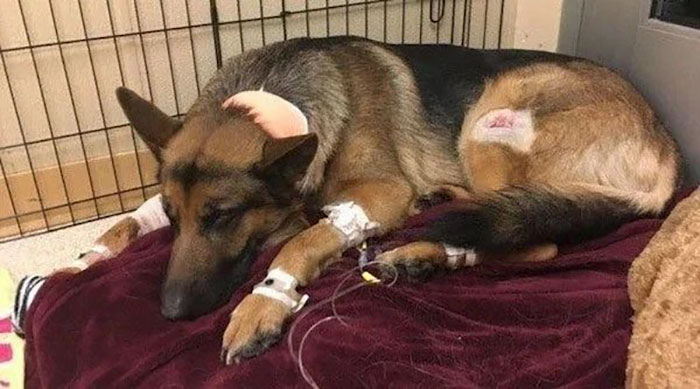 Javier Mercado was alone, hiding and terrified in his family’s Des Moines home while intruders forced their way in, Rex did what every nucleotide of his DNA told him to do.

He defended his owner, the boy with whom he’d slept every night since he was a pup just about three years ago.

“As soon as he heard the window shatter, he ran downstairs full charge, and then I just heard a bunch of barking and struggling, and then one of the guys screaming, The dog! The dog bit me! Get the dog!’”

Initially Javier called 911 and tried to hide in the closest with Rex, but the dog wanted to protect him and rushed downstairs to where the intruders were.

“Both of the burglars struggled and beat him up with whatever they could. Rex stormed back to the upstairs floor all beat up and bloody from the beating to check on his master who was still hiding in the closet"

“As they entered the room where my nephew was hiding in the closet, Rex came out with the little strength he had left in him and threw himself at them as he knew my nephew was in danger. Sadly they shot Rex 4 times and finally Rex, the hero dog gave up in his battle.” 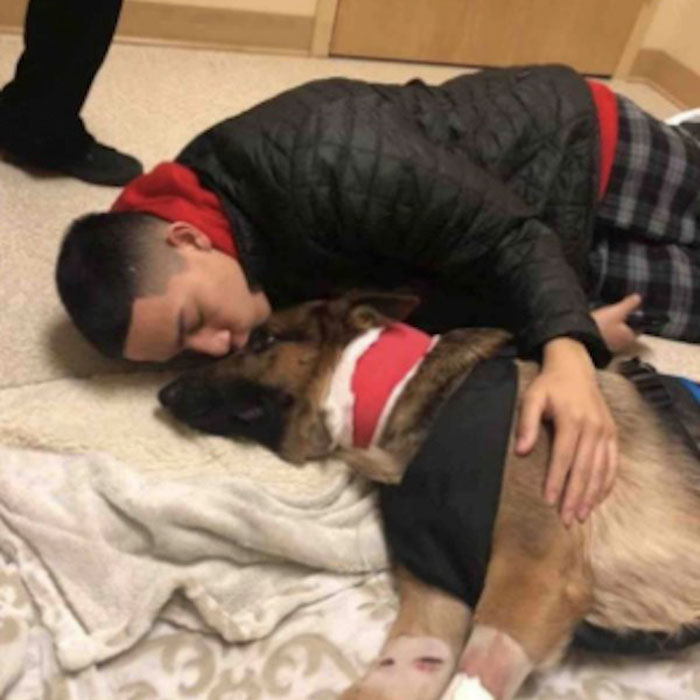 Rex was rushed to BluePearl Veterinary Partners in Renton, Washington and has miraculously pulled through his ordeal. Mercado said he owes Rex his life: “I think if it wasn’t for him, I probably wouldn’t be standing here today.”