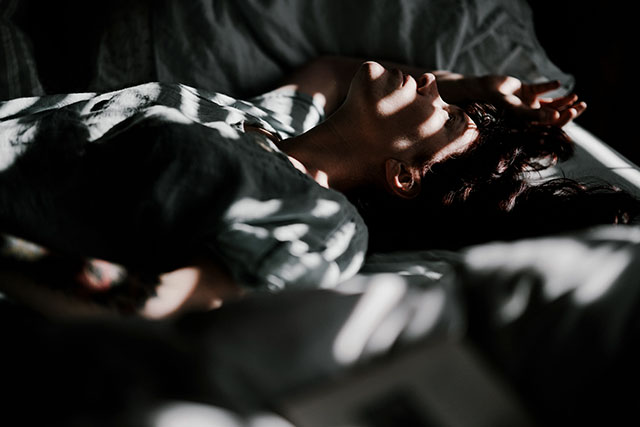 Fatal familial insomnia is a rare genetic degenerative brain disorder. It is characterized by an inability to sleep (insomnia) that may be initially mild, but progressively worsens, leading to significant physical and mental deterioration and death.

How does it feel to constantly be awake?

Tiresome. Like I just woke up 20 minutes ago after a shit night. I’d say the very closest thing I could compare it to is the first hour of being awake, where your body and brain are never fully turned on.

When you say you haven’t slept, do you mean real deep REM? So you do “nod off” for a light sleep, but you are woken soon after?

No sleep at all, no. I don’t even try to sleep anymore. An average night is mostly reading and video games.

What effects does sleep medication have on you?

Nah, those make everything worse.

Can’t you just get blackout drunk and pass out for sleep?

Nope. I’ve tried. Alcohol isn’t helpful, and believe me, there’s nothing worse than when my friends show people videos of me so drunk that I should black out but haven’t. I didn’t feel great for a couple days.

Can’t doctors just put you in a medical induced coma or general anesthetic from time to time to give your body some rest?

Doesn’t work, no. Even during a knee surgery after an awkward fall, they just kinda got me high on painkillers.

It is not a chemical imbalance. There are literal holes in the area of my brain that controls sleep. Anything that manipulates brain chemistry isn’t helpful.

How do you feel on a day to day basis? Do you feel yourself nodding off? Are you unable to function at this point?

I can function, but I’m medically retired right now. Nobody likes a cashier that sees martians stealing all the goods!

Is it hard to live without any sleep?

Can’t do it for much longer, but it’s not hard in any direct ways. The hallucinations and memory loss suck. The tiredness doesn’t really get to me anymore. I’d like it if I didn’t look like that scream painting though

What kind of hallucinations do you have? Visual?

Visual and auditory. They range from weird to terrifying.

What was your most recent hallucination?

My most recent hallucination was auditory. I was trying to make dinner, at which point I heard the sound of my oven exploding. I spin around… And it’s fine. Searched my house for 20 mins and burned my fries.

I once hallucinated a spider the size of a horse. Not pleasant. After researching arachnology one bored night though, I found out I imagined them wrong. Like, I didn’t know how spiders actually looked at that scale. Weird, isn’t it? I hallucinated ab anatomically distorted spider.

I used to work a lot of nightshifts while my friends slept, but now it’s mostly just video games and cartoons for me fam.

Did you have any troubles sleeping before being diagnosed?

Slept fine until 22, stopped altogether around 23.

Does anyone else in your family have it? How did they cope?

My mother did, I didn’t know until she was hospitalised.

Did she know she had it when she had you? How do you feel towards her?

She had to have known. She couldn’t have known for certain I would have had it. I feel no resent towards her. Although, I would have liked to have been told before I developed ambitions and plans for my future

Have you noticed any other changes physically as a result of this?

Weight loss, and I look like the dude from the Scream painting. Still have my hair though!

Are you scared of death?

It won’t hurt all too much, which is cool. Hallucinations and memory loss will get worse though. I used to be scared, but I’ve made peace with it.

What’s your perception of death?

I imagine things just go black. Sleep at last! Not too convinced of the afterlife, but I’m open to the idea, had a couple weird experiences myself.

Any plans to go out big? Or are you just going to go quietly?

Not really able to go big. The condition comes with memory loss and hallucinations, I’d just fuck it up anyway.

Have you considered leaving your brain to science for research?

What brings you the most joy?

My friends bring me a lot of joy, especially the guys I used to work with. One time a buddy of mine stayed up the whole night just to keep me company that night.

Do you have any cool things on your to do list?

Trying my hardest to finish Dr Who.

Anything you regret doing or not doing?

I wish I’d made an effort to find my dad before I had this little time left. I don’t think he knows I exist.

Are you happy with the life you have lived, or do you want to experience more?

I’m happy. Did as much as I could with what I had. If I had more money, I’d travel

Any bits of advice?

Don’t spend time worrying about all the bad shit that could happen. Don’t be an idiot either, don’t tightrope across a cliff, but seize the opportunities while you’ve got them. Go for your passions, and anyone that tells you that it’s not sustainable, that it’s not attainable, tell em to piss off. Live knowing that somewhere, even in small ways, everything you do makes a mark. Every smile you give a stranger has made them happier. Every small gesture branches out, into other people making small gestures. By not being a dick, you actively make dozens, maybe even hundreds of people’s days better.