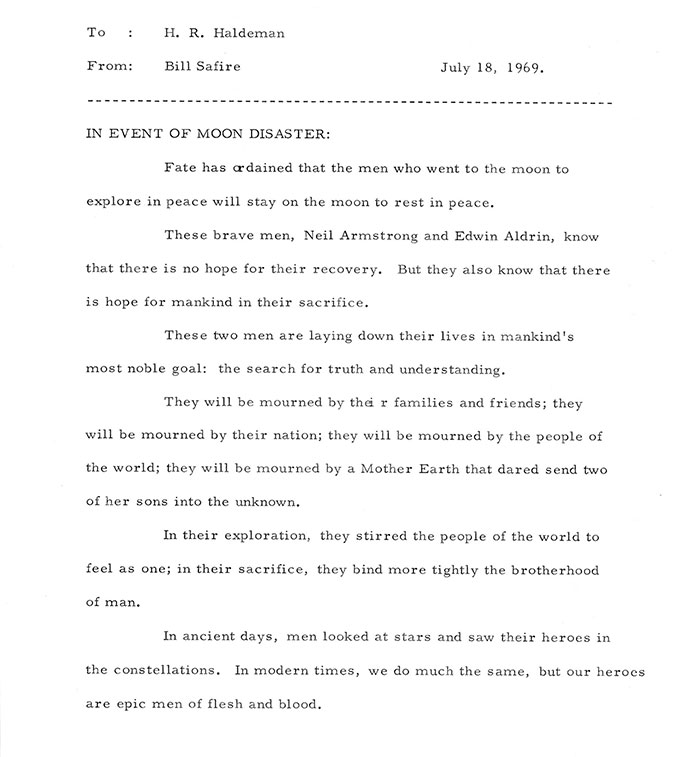 On 18 July 1969, presidential speechwriter and later political columnist William Safire drafted a memo to White House Chief of Staff H. R. Haldeman containing a speech for Richard Nixon. Intended to be read on television “in the event of moon disaster,” the President’s speech was prepared in anticipation of a catastrophe causing the death of Apollo 11 astronauts Neil Armstrong and Buzz Aldrin. The speech placed the moon mission in a broad context of human exploration and ingenuity, at once hailing the astronauts’ heroic dedication and sacrifice, and emphasizing mankind’s dominion over and beyond the earth. In addition, the memo included instructions to the President to telephone the “widows-to-be” before his address to the nation, as well as burial procedures “at the point when NASA ends communication with the men.” 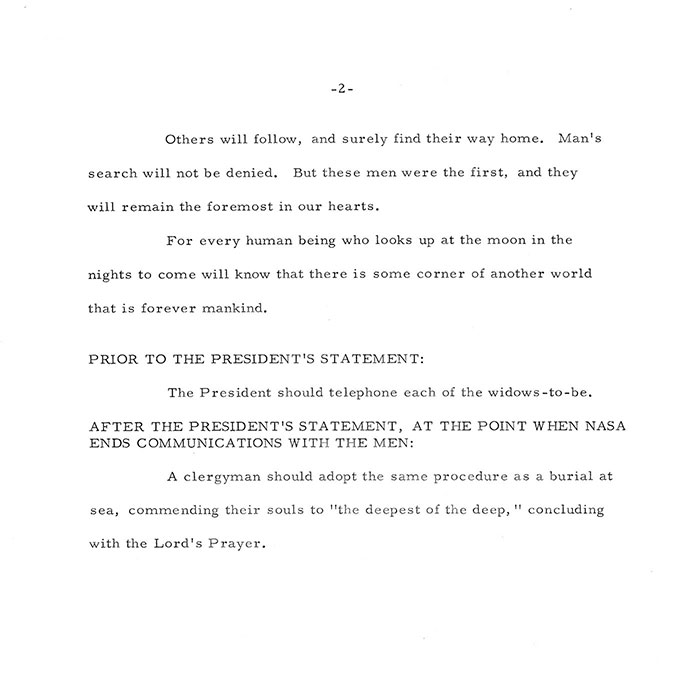