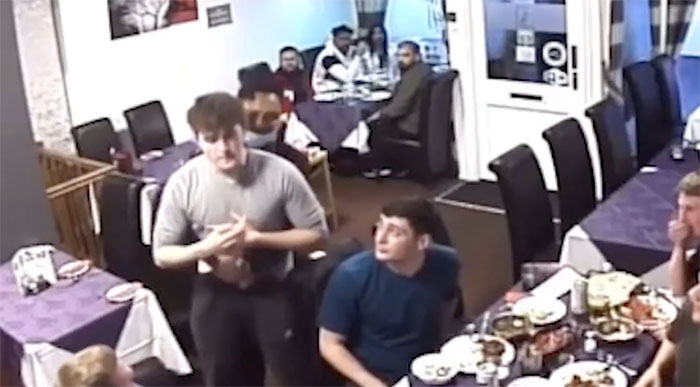 1. If you’re choking, don’t get embarrassed, don’t go to the bathroom, don’t walk away from people. I’ve seen a couple people nearly die because they were panicking and walked away from the dinner table(s) and such while choking.

Do the universal sign for choking with both your hands on your neck, and most people will get the message.

2. If you ever have to rescue a drowning person, throw them something to grab onto beside yourself. Reach, Throw, Tow, Row, Go…

Swimming after someone who is drowning should be an action of last resort. As a Swiftwater Rescue Technician and Rescue Boat operator the last place I actually want to be is in the water.

Always approach from the back. NEVER from the front. Drowning people have the instinct to climb to whatever they can. If you come from the front, they will try to drown you to get leverage. Not rational, simply an instinct.

3. If you crash into an electrical pole, immediately call 911 (or your country’s equivalent) and stay in the car. You could have downed an electrical wire, and the wire will still be live.

Assume the entire area around your car is electrified. Only get out of the car if there’s an immediate danger, such as a fire. When you exit the car, make sure both feet touch the ground at the same time, and only take small, shuffling steps, and make sure both feet are touching the groud at all times.

The vehicle may be charged by a live wire down and if you were to still be touching the vehicle when you place your feet on the ground you’re completing the circuit and it will travel to you then to the ground. Shuffling keeps you grounded and electricity can cast a current a few feet from its source hence why you may feel a “buzzing” when close to a source emitting significant electricity.

4. If your house smells like fish for absolutely no reason, 9 times out of 10 it means that there is an electrical fire.

5. If you get stabbed or impaled, LEAVE THE FOREIGN OBJECT ALONE. Do not attempt to remove it. Yeah, it’s horrible and it’s freaking you out, but your odds of survival are much higher if you just leave it be. Medical professionals will remove it in an environment equipped to deal with it.

6. If someone is trying to suffocate you with a pillow by pressing it down on your face, just rotate your head to the side and there will be a small air pocket for you to breathe. They’ll probably still try to kill you afterwards but at least you can survive for longer.

7. If it’s cloudy outside and you suddenly feel static run down your body and your hairs raise. Better pucker them cheeks and drop to the ground. Lightning is about to hit dangerously close to you.

Jump first to break any connection you have with the surface – then squat as low as you can with just the balls of your feet on the ground, heels touching, and cover your ears.

You want as little contact with the ground as possible, and touching your heels together can redirect any electricity back to the ground in as short of a distance as possible. Since you’re unlikely to be struck directly, this can minimize your damage.

8. Put a lid on a flaming pan to smother it and remove from heat carefully. Never throw any liquid on it. Don’t remove the lid for at least 5 minutes. Not throwing water on an oil fire should be common knowledge, but it isn’t

9. If you get bit by a wild animal, you must get the rabies vaccine. Rabies is not like a flu or mild inconvenience. It’s one of the most lethal diseases on the planet. It has a near 100% fatality once the disease takes hold (and it’s a horrible way to go).

10. You can hold a plastic bag around a willow tree branch with leaves and it will start condensating drinkable water in the bag.

11. Never work under a car on a Jack, always have it on Jack stands or a lift. If you do not have a jackstand on hand (getting a flat tire on the side of the road), slide the spare tire under the car for an extra layer of safety. Cars are heavy and it only takes a split second for the jack to malfunction.

12. If you find yourself stranded in a desert, ration sweat, not water. Of course don’t drink all of your water in one go, but the rate a which you’ll dehydrate and overheat if exerting yourself (e.g. walking/hiking too fast or climbing over obstacles in the heat of the day) will kill you much quicker. Many people are found dead, with water, which is terrifying.

13. Garage door torsion springs will kill you if you try to fix them yourself.

14. When caught in a rip at the beach just swim slowly along the beach, parallel to the shore untill you feel the pull ease up then swim towards the shore.

15. Never leave unsecured heavy objects like tools on the back seat/parcel shelf of your car. In a high speed collision such items can kill you.