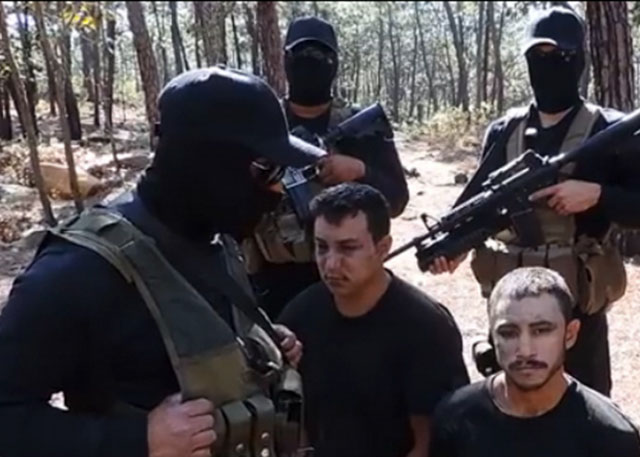 I remember exactly how it happened. The day was perfect and I had the money to get half a gram, so I texted the guy on Facebook, hoping it to get a quick answer so we could meet at the point again; however, it didn’t happen so I decided to take an uber to his house and hopefully he will be there. Knocking off the door with no answer thinking to go back home, he finally opens the door and even tho he looked screwed up, I got happy I will get high.

Idk why he was so annoying at the time but i was just there for the dope so I didn’t care, besides, he was a fuckin’ junkey and u can’t expect much from them. His dealer was 30min away from his house and so I accompanied him as we usually used to. I never expected this to happen but once arrived, he told to stay at the corner while he gets the fix and gets back, but when it does, I looked at him running towards me making signs with his face and hands of like “get the fuck out!!!”, I had no idea of what was happening but before I knew it, a truck parked next to us while a bunch of dudes forced us to get inside.

They put a bag in my head so I could see nothing. In the inside, I was being taken by two or three guys so I couldn’t move, the guys didn’t talk to much to me but they were seriously threating my friend by saying “ya te cargo la verga ahora si, joto” which in English would mean “you fucked up already, bitch”.

About ten minutes after, the truck stops inside a garage and got taken inside a house where they took off the bag and then we both got placed at the corner of a room that smelled very nasty.

By that time, I already knew I’ve fucked up even though I had no idea of its reason. I was around cartel members whose coldness at killing people is know by everyone.

He and I were told to layed down and so we did. I looked at my friend and he didn’t even look at me, his eyes looked lost, and his mouth was shut. My mind was empty at that moment. Then, I heard some man asking questions related to him. Then I knew why we were here, he owed money to the boss. The men gets inside the room and my friend says: “Hey, you know I’m gonna pay you, man! I’m sorry, I can get you the money now! Please don’t!” Boss: “It’s too late. I don’t want your money now. U fucked up.” Then he asks: “Who’s these other guy???” Someone replies: “We don’t know. He was just with him.” Then he asked me: “Why are u with this piece of shit?? U wanna get killed too???” I replied: “No, sir. I’m a 20 year old student, I live with my parents. He used to get me heroine, since I didn’t know other way. I don’t have anything to do with him.” He said: “U sure? We’ll see” Then he asks a guy: “hey, moustro, come get me my machete (big knife). Let’s show this piece of shit what happens when u fuck with us.” My friend very scared said “Please don’t! I’m sorry. I swear if god I will pay you! I already have your money man! Come on! It doesn’t need to be this way. You know me man. Please, have some mercy. Please, please! Just one chance!” The boss kept quiet as someone handled a machete. When I saw it I knew what it was coming, I almost freaked out, but I tried to stay quiet and in silence.

For god’s sake, I don’t even want to think about it. I just closed my eyes and felt so scared and horrible. I don’t want to describe it. All I can say is that, once the man got this machete on his hand, he said “ahora si agarrenmelo a este pendejo” which would mean “Now yes, hold on to this fucker.” then he got grabbed by two men so we could not move, i tried to crawl a bit away as I could hear him screaming. Then I closed my eyes, but i heard everything.

The man used his machete to behead his head off. It was so horrible. I can’t describe how it sounded like but the screams were just so so terrorific. His last words were “no, don’t please. Please don’t, don’t, no, no please.” then I didn’t heard any word from him anymore. Guys were talking shit but i wasn’t putting attention.

Once dead, for a second I opened my eyes and saw so much blood so I closed them again. I didn’t know what was gonna happen next, and that’s all I remember. I passed out. Three hours later, I woke up in the middle of the night in a ditch. My face was bleeding, my whole body was was hurting. I got a trauma, but i lived to tell the story. I hope u guys never come through shit like this. It’s no joke.