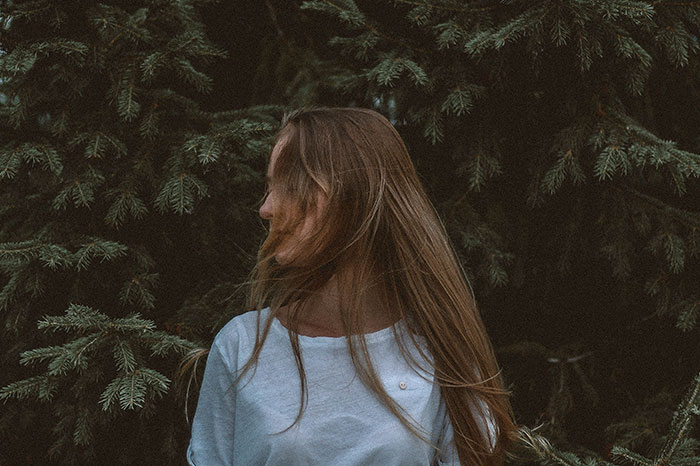 To be honest, it feels completely normal. I can’t imagine being any other way, therefore I can’t say definitively how it is so different from not being asexual. Not to say that I haven’t perceived some differences while growing up.

While in school, most notably middle school, when relationships were becoming more and more of interest with my peers, I always wondered what the point was. Because I felt no internal stirrings of being physically interested in anyone I misguidedly perceived that everyone else was feeling nothing, which lead me to wonder “Why”. It was hard for me to think of an end game.

Eventually, I realized that they were feeling sexual attraction which made sense to me, but oddly enough I never actually wondered why I wasn’t feeling it as well. My first question was answered and my quandaries kind of stopped at that point. I started reading more about sexuality and books with relationships, alright I admit it, with romances in them, and piece by piece I felt more and more clued into what I couldn’t directly experience. For the most part I supplemented my understanding of sexuality and relationships with various forms of media, and yeah that includes porn. Really who hasn’t seen it?

When I found out about someone having a crush on me I felt absolutely nothing. Most of the time I wondered why they felt I needed to know that bit of information since I couldn’t conceive anything resulting from that piece of knowledge. Whenever there was situation where it was an opportunity to think about myself in a relationship or in a situation where I was a participant in intimate activities, my mind just came up blank. Conceiving of other people in those situations, no problem. That is easy to imagine but myself, I couldn’t think of anything even if I tried.

So, slowly and surely I began to wonder why I hadn’t felt anything yet, or even imagined anything like that for myself. I eventually confided in a gay friend pondering that I might be gay since I couldn’t feel anything for guys, despite the fact that I also felt nothing for girls. But at that point, I like many people mistook thinking that being gay is at least an absence of feeling attraction for the opposite gender. But telling that friend was a big mistake since I believe he immediately told people that I was gay. Not that it changed anything, my high school was extremely tolerant. Our homecoming king was openly gay for god’s sake. So after that I stopped wondering if I was gay or not since I did realize that I also felt nothing for females.

Then I entered into the mindset that it will happen when it happens. Maybe from some of my mom’s trashy romance novels (Note the two adjectives: trashy and romance. I am not saying that all romance novels are trashy), I got the idea that my sexuality will one day be unlocked by some guy that comes along, or girl (I was still open to finding out that I was gay all along). That people only feel their sexuality as a response to other people rather than it being internally fueled. It kind of went against what I had learned but it was the best idea I could apply myself since otherwise I had no answers about myself. It was a stand in answer so that I didn’t have to many questions about myself.

Eventually I met a guy who was classically attractive, was interested in me and I found a bit interesting. Mostly, I was curious about dating. I couldn’t pick for myself so I let someone pick me. I was kind of shocked with the intensity this guy courted me. Never to the point that I felt in danger but just that I was surprised at the first hand experience of such intense attraction, or really any attraction to me. Eventually he asked if I was a virgin, and then when he found out that I was one he asked why. And still I couldn’t really give an answer. I didn’t have religious reasons, and after high school I had realized that I never had a crush either. I knew I wasn’t a prude. I just never felt like that towards anyone. Eventually I broke it off because I couldn’t really understand his quickly escalating feelings nor reciprocate them.

Eventually I got into a relationship, my longest with a guy who I actually liked, he wasn’t what I found aesthetically pleasing but he was intellectually stimulating. At first I just assumed that he was like me not as inclined to physical contact. When I was with him I never thought about kissing or any other intimate contact, which is why after three months of dating he just kissed me right after seeing a movie, I was surprised. But I didn’t feel anything really. And then again I questioned why I wasn’t feeling anything. I would try to give myself goals, to do things that I thought where just done in relationships. Like “Next time we go to the movies, lets make out.” But in terms of physical activities such as that in the moment I would never be able to think of it. It was like as soon as a person comes into the room it was nearly impossible for me to even think about sex.

But just because I had a hard time just thinking about sex or physical contact at certain moments, didn’t mean that someone else wasn’t thinking of it. Eventually started inquiring about more contact, eventually asked me point blank if I was a lesbian since I turned down all of his advances. Then I got into the mindset that I just needed to start doing it and then I would like, despite the fact that I knew sexuality didn’t work that way. But in the reality of no answer, I just defaulted on the same tired old explanations of female sexuality, which are flat out wrong. I started lying that “sure yeah” I liked this or that, just to get him to move on to the next thing or to just get it over with. But each time my hope that it would get better, was diminishing every time I did anything with him.

Activities with him became a bit stressful. I would be careful try to not use any sexual jokes, innuendos or wear anything that would remind him that he liked to touch my body. And I never knew when he would request contact. Some times it would be a great time with him, making fun of bad movies, cracking jokes at the expense of old co-workers, playing card games, and talking about our days. I would always breath a sigh of relief when he didn’t request contact on those days. But when he did request contact I froze and would request time to mentally prepare which was me sitting in the bathroom alone.

But then he started to become more morose and moody. He didn’t want to communicate with me what was wrong, and I was honestly so clueless about the fact that lack of sexual contact was really that distressing to most people. Also it was the obvious fact that his girlfriend clearly didn’t find him sexually attractive and visibly was distressed at the idea of sexual contact with him. He felt unloved and unwanted, he knew that I cared for him but still he couldn’t change the fact that my lack of reaction to him deeply effected him. He did try. He always asked me what I would like or want. That he was open to ideas for us to try, but at those times I always drew a blank.

I honestly felt like there was something wrong with me. I looked online for some type of female arousal medication, something that would make me want sex or any type of contact, but I didn’t find much. Compromise in this relationship didn’t feel like much of a compromise. I didn’t want to have sex or any touching, while he did.

Long story short, I was watching a show on the LGBT channel LOGO called 1 Girl 5 Gays (1G5G) and the host asked the question, “Do you think asexuality is real?” and I don’t know why I perked up at that question since how the question was answered it didn’t even explain what it was. So I looked it up, and felt so much relief that I could actually put a name to what I was feeling.

And long long story short. You know what happened we eventually broke up since building feelings of resentment and bitterness were starting to ruin genuine good memories I spent with person. We are still friends. I still use his Netflix and he can use my HBO GO account. That type of thing. We still talk, but now it is such a relief that I no longer have to be ever anxious to perform things I honestly could not keep doing any longer.

And long long long story short. Something happened that I never thought would. I actually met face to face another asexual, and not putting names to anything, but now having a close friendship with someone without the worry of having to deal with sexual attraction or sexual needs is so incredibly freeing. In this relationship I haven’t felt so relaxed before, I was beginning to think that it was somewhat impossible for me.

So now I hang out with a person in which I just feel totally normal. Other people looking into our relationship probably think it is a “normal” relationship that includes sex, we are well aware of this and we laugh it off. For the first time I am really optimistic about relationships.

So yeah, being asexual, it feels normal but you are aware that others are humming to a tune you can’t quite hear but you can hear everyone else humming. And people are expecting you to dance to this tune, and dance partners are frustrated that you can’t find the beat and/or that you don’t feel the need to dance. If you don’t know you are asexual, relationships can be difficult, confusing, and a bit painful. But once you know your orientation, things get much easier when you have to communicate what you can and can’t do in a relationship. The big thing is knowing yourself and not letting anyone else dictate to you what you are and what you really want and need.