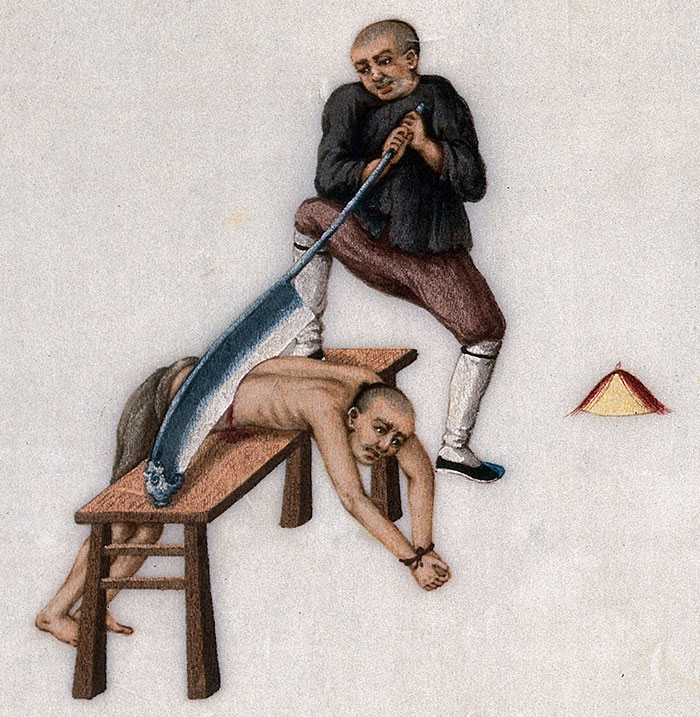 In 1734, Yu Hongtu (俞鴻圖), the Education Administrator of Henan, was sentenced to a waist chop. After being cut in two at the waist, he remained alive long enough to write the Chinese character cǎn (慘; "horrible") seven times with his own blood before dying. After hearing this, the Yongzheng Emperor abolished this form of execution.