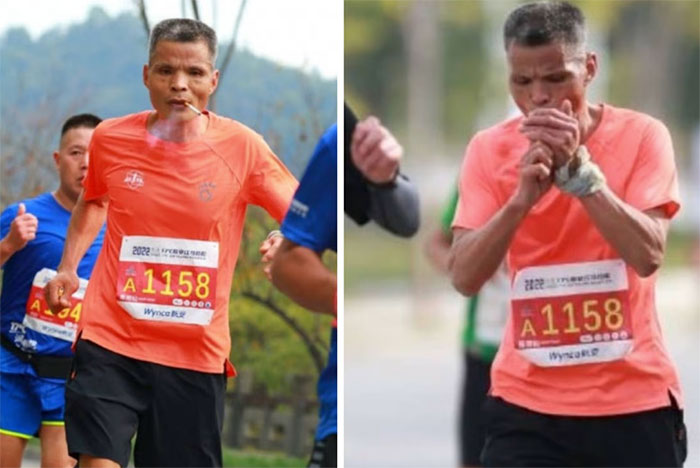 A 50-year-old man in southern China has gone viral worldwide after pictures of him running a full marathon in just under three and a half hours while chain-smoking appeared online.

The man, who is from Guangzhou and goes by the name “Uncle Chen”, caught public attention after event organisers posted pictures and video online of him smoking while completing the 26 mile endurance marathon in China.

A video of the event showed Chen wearing an orange T-shirt and shorts and running with a cigarette dangling from the corner of his mouth.

He appeared calm as he ran and did not appear to have any difficulty breathing.

Chen finished the competition with a time of 3 hours 28 minutes and placed 574th out of nearly 1,500 runners.

According to Canadian Running Magazine, Chen has a history of smoking while competing in marathons and reported that he earned the title “Smoking Brother” in running circles in China.

Chen has improved year by year. Aside from full marathons, Chen also enters ultra-marathons, completing in one that was 31 miles long and another one that lasted 12 hours.