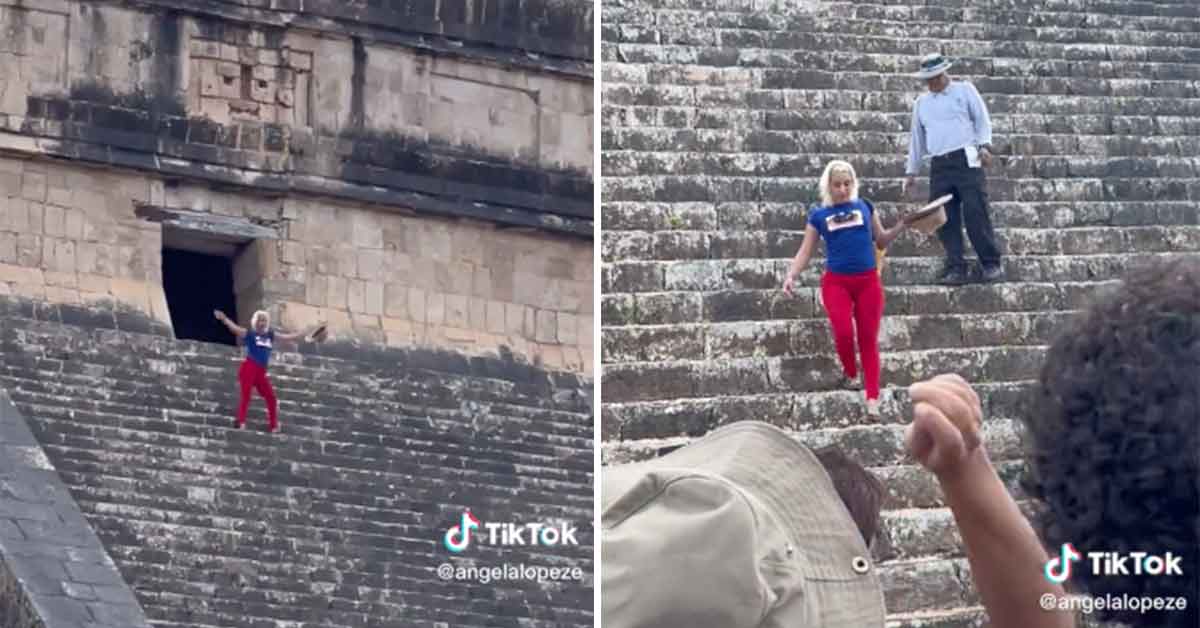 Footage has emerged of a woman being condemned by locals for illegally climbing a sacred site in Mexico.

One person recorded the woman climbing the Mayan Pyramid in Chichen Itza, as security ushered her down, to be greeted by a large, unimpressed crowd whom shouted for her to be imprisoned.

“This is so disrespectful… don’t mess with my Mexican people,” Angela Lopeze posted on TikTok.

The video showed the tourist even doing a little dance on top of the site as people whistle and shout at her, and then having water and rubbish thrown at her while trying to make her way through the crowd.

Crowds were also reportedly chanting “cárcel” at her, meaning “jail’ in Spanish.

As she was escorted down the stairs by a security guard, she seemed surprised that the crowd, instead of adulating her, threw things at her and dumped their water bottles on her.

El Castillo (The Castle), also known as the Kukulcan Pyramid, is 30 metres high and has 365 steps to symbolise the number of days in a year.

Built by the pre-Columbian Maya civilisation sometime between 8th and 12th centuries AD, the ancient structure is regarded as one of the most remarkable in the world.