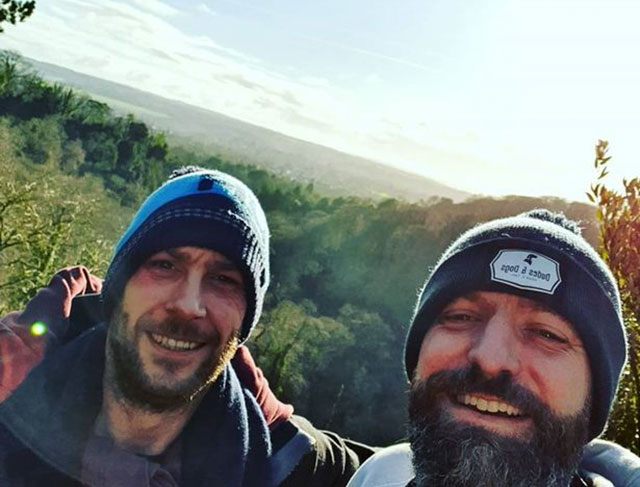 Like many people, Rob Osman has struggled with depression and anxiety for most of his life. However, the 38-year-old man from the United Kingdom recently came to the realization that he could always rely on walking his dog, Mali, a Hungarian Vizsla, to help him with his mental health.

After reflecting on how important and restorative his walks with Mali had been, and how he already tended to invite friends in need on dog walks with him, the idea for Dudes & Dogs was born.

“The aim of the group is to create an environment where people can relax and drop their barriers,” the 38-year-old said. “It [walking a dog] is a good way to do so because you do not have to look at each other in the eye and are in an open space. It is at their pace and there is no expectation for them to have to talk – it could be that they just listen the first few times.”

Osman realized that saying “let’s go for a walk” was a much easier way of say “let’s have a chat”, which some people may find difficult to say.

Men are often resistant to using mental health services and are far more likely to suffer issues like depression and anxiety in silence rather than seek therapy or medication to treat mental health disorders.

Osman wants to show other men they are not alone and that many men struggle.

“Talking helps. It really does. It’s helped me no end, but sometimes as men we aren’t the best at it.  Well Dudes & Dogs wants to change that for the next generation. There is no doubt things are changing. We want to be a part of that. By simply getting outside, talking things through, we can start to change our mood.” 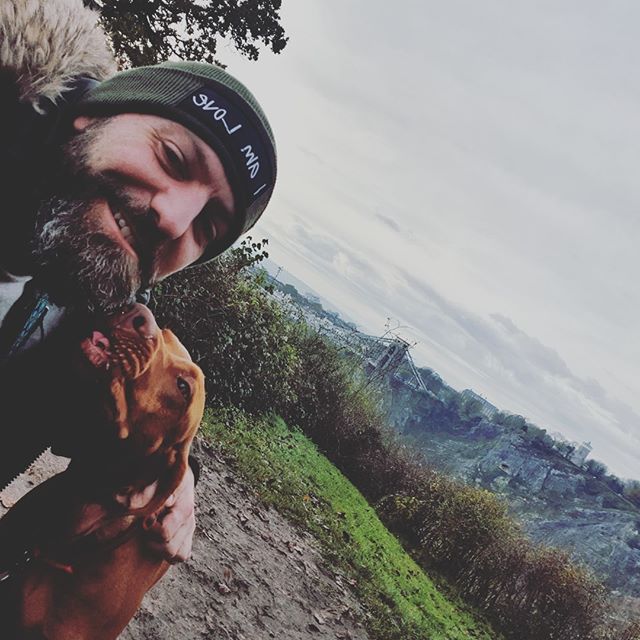 So far, the group seems to be working wonders for members. One participant wrote:

I can confirm that a Dudes & Dogs Walk takes you to good places, both physically and mentally. Physically: a new view for me of the Suspension Bridge was a particular highlight

Mentally: the fresh air combined with a relaxed chat about both the good and not so good aspects of daily life left me feeling in a positive frame of mind for the day.

My wife constantly chats with her friends on the phone, in person and on WhatsApp, getting things off her chest, sharing thoughts on things of concern, receiving and giving little titbits of advice that put things into perspective. My friends and I just don’t do that and Dudes & Dogs is aiming to change that for whoever takes part.

While another excitedly added:

“The whole concept of dudes & dogs is fantastic … I am having a pretty crap time of it lately and meeting Rob and the dudes is gonna be a massive help and I must admit to a couple of blossoming bromances which is awesome. Can’t recommend this highly enough.”

It’s clear that Osman’s initiative is already changing lives, and we hope that it will inspire similar projects around the world.

Mental health is just as important as physical health and it’s about time we start acting like it.