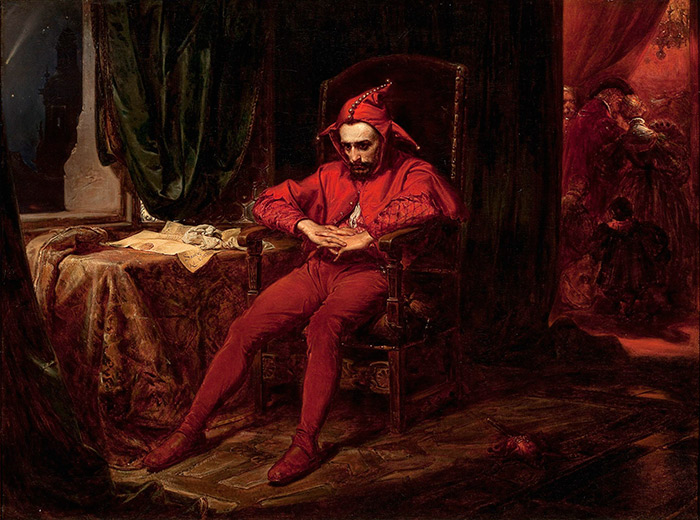 The best description I’ve personally heard to describe the life of a licensed Jester was to think of yourself as a living television.

You were to appear immediately when your patrons needed you and provide whatever form of entertainment they desired for as long as they desired.

You would sing a lullaby for the children one moment and recite accounts of bloody wars the next if that’s what was asked of you.

A sharp mind, a strong body, and a gift for improvisation were often requisite for this sort of work.

Secondly, a Jester’s job wasn’t only to make whatever noble employed him laugh. Their position as a member of court was surprisingly complex.

The most famous jesters were probably quite intelligent and quick witted, similar to our best comedians today.

A jester was given the right to say things without deference to authority, but they had to walk a thin line of not offending too many people or pushing the limits too far.

That ability to bypass deference had a lot of uses in a royal court where everyone was obsessed with being “politically correct” if you will.

They also provided a check to nobles who were too full of themselves. While it was expected for most in your court to agree with and support the noble, the jester was there to point out flaws.

Elizabeth I of England reprimanded one of her jesters for not being severe enough with her.

William Sommers was liked by Thomas Cromwell for often pointing out the extravagant spending of the English court.

Further, as a member of the court and an employee of the noble, they were generally well paid and granted a decent amount of influence and power.