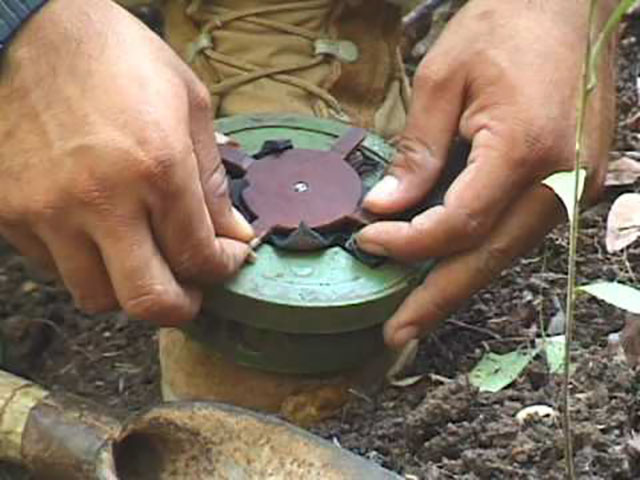 You mean after you hear that soft “click” that mine manufacturers built in out of courtesy so that a soldier knows he’ll die soon and can say his last prayer, or, even better, be saved by his mates?

Sounds too good to be true? That’s because it is.

END_OF_DOCUMENT_TOKEN_TO_BE_REPLACED 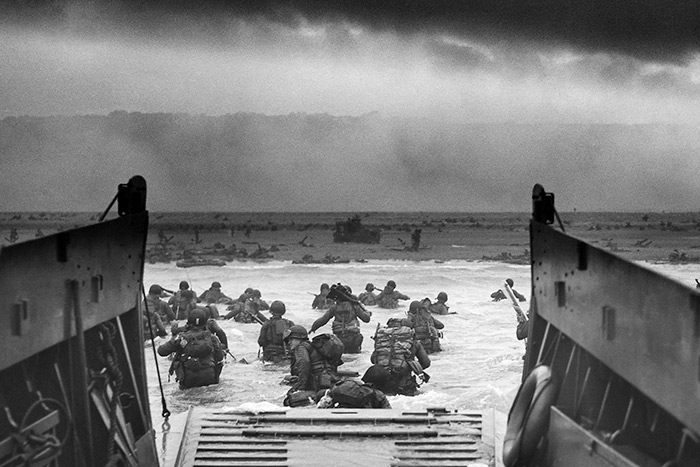 The most important difference between 1944 and today would be in the realm of guided munitions.

I once heard that a single F-15 packs as much firepower as an entire squadron of World War II–era bombers when you take into account explosive weight and the percentage of ordnance you can get on target. (Keep in mind, the F-15 is a fighter/bomber, not a dedicated bomber. If we start talking about the B-52, things get even crazier.)

END_OF_DOCUMENT_TOKEN_TO_BE_REPLACED 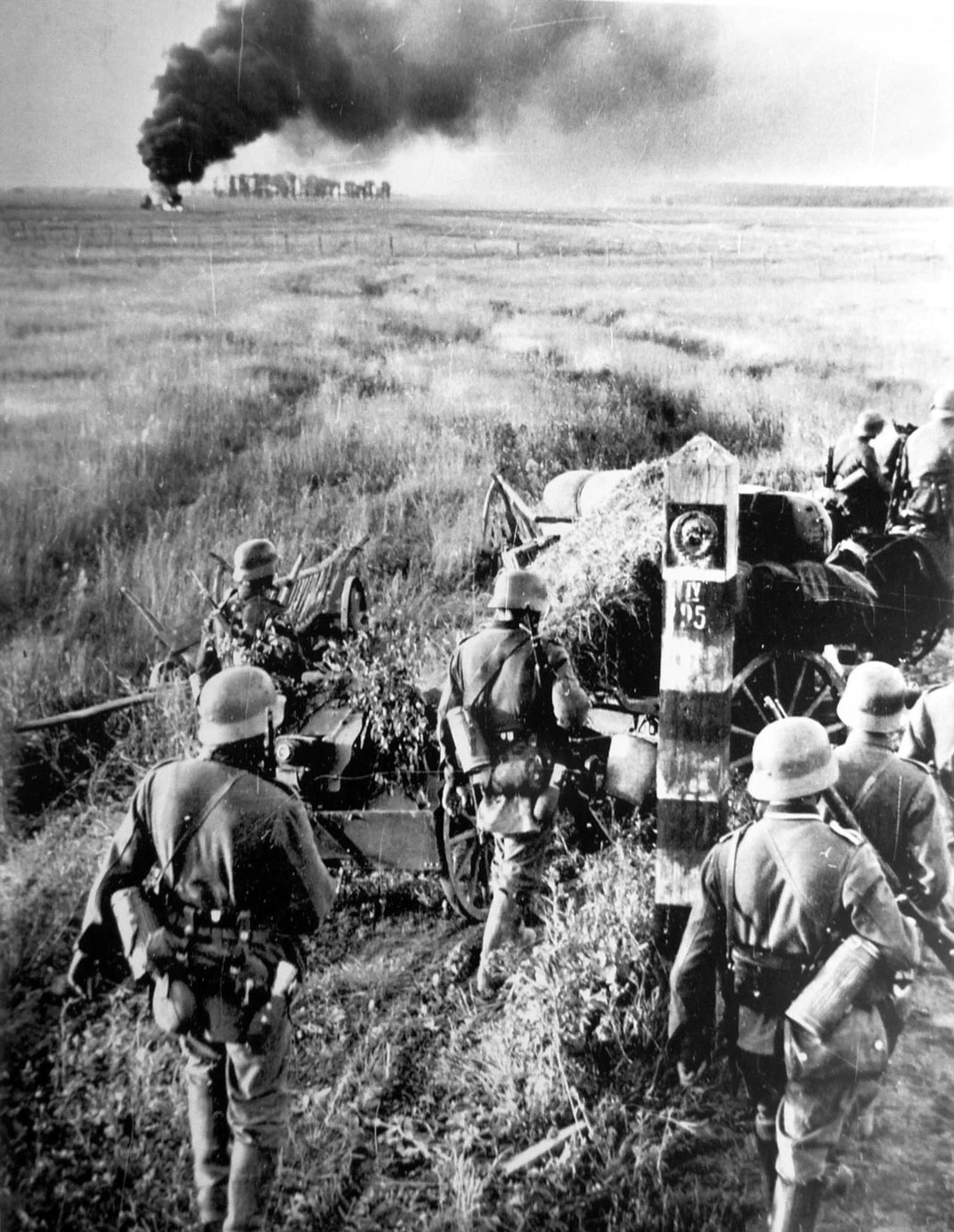 Why did they invade the Soviet Union?

Operation Barbarossa was an operation created out of necessity as much as anything else. The previous successful campaigns against Poland and France were successful, but were costly to the German economy. Germany lacked key resources, particularly oil. Germany’s attempts to produce synthetic oil in any great quantity had been unsuccessful. Russia offered Germany a huge supply of oil, plentiful supplies of labor for German industry and to a more ideological degree, lebensraum, the notion of living space for the German people.

END_OF_DOCUMENT_TOKEN_TO_BE_REPLACED

Don’t get me wrong, a modern day infantry battalion is leaps and bounds more combat effective than a WW2 battalion. One on one, it would be a slaughter. Two to one it would still be a pitched battle. 3 to 1 and it would be slightly less desperate of a fight.

END_OF_DOCUMENT_TOKEN_TO_BE_REPLACED

There’s an element of the fact that the west is generally on Ukraine’s side, and that we’re therefore seeing a Ukraine-centric perspective

But at the same time, the maps don’t lie: Russia was expected to roll Ukraine over in a matter of days or weeks, yet is now 7 weeks into the war and have clearly not steamrolled Ukraine or even achieved their likely/apparent goals

END_OF_DOCUMENT_TOKEN_TO_BE_REPLACED

Bat bombs were an experimental World War II weapon developed by the United States. The bomb consisted of a bomb-shaped casing with over a thousand compartments, each containing a hibernating Mexican free-tailed bat with a small, timed incendiary bomb attached. Dropped from a bomber at dawn, the casings would deploy a parachute in mid-flight and open to release the bats, which would then disperse and roost in eaves and attics in a 20–40-mile radius (32–64 km).

END_OF_DOCUMENT_TOKEN_TO_BE_REPLACED

Russia spends 3x times more of it’s Budget on the military than countries with a comparable economy, so it has far more military hardware and personnel. They also have mandatory military service.

The export a great deal of hardware from guns, vehicles, tanks, and airplanes to other nations which helps justify their R&D budget.

They also have huge amounts of surplus hardware left over from the Soviet Union. A lot of hardware the Russians are using is very old and much of the new state-of-art equipment they flaunt is in very short supply.

END_OF_DOCUMENT_TOKEN_TO_BE_REPLACED 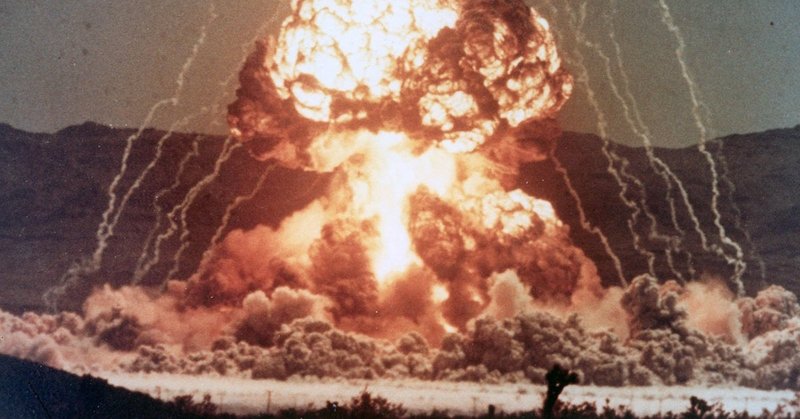 Their job is to break up formations of enemy troops on the battlefield. This can be offensive or defensive. It may seem odd to think of a nuke as a defensive weapon, but the idea is that when you see enemy forces massing to attack you, you drop a tactical nuke on them to break up the attack.

END_OF_DOCUMENT_TOKEN_TO_BE_REPLACED 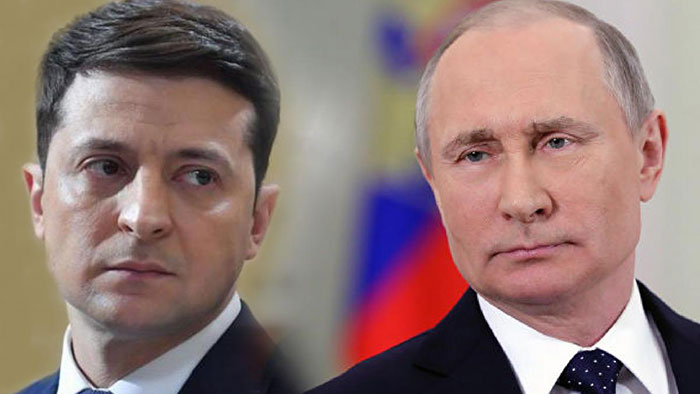 This is quite a complex situation and there’s not really a single clear answer. Broadly speaking, there are 3 explanations that have been commonly offered for the current conflict. These reasons are not mutually exclusive but opinions differ on which of them is more important.