What is the modus operandi of these Russian troll farms?

This was elaborated in their military manual The Foundations of Geopolitics :

Russia should use its special services within the borders of the United States to fuel instability and separatism, for instance, provoke “Afro-American racists”. Russia should “introduce geopolitical disorder into internal American activity, encouraging all kinds of separatism and ethnic, social and racial conflicts, actively supporting all dissident movements – extremist, racist, and sectarian groups, thus destabilizing internal political processes in the U.S. It would also make sense simultaneously to support isolationist tendencies in American politics”.

END_OF_DOCUMENT_TOKEN_TO_BE_REPLACED

How could you have everything and still kill yourself?

Imagine burning yourself. bad. Third degree burn bad. Nerve endings are fucked. You feel nothing in that spot. It’s numb.

How the hell can that hurt, right? Well, it’s the lighter burns around it; screaming in pain, that there’s a big thing missing. Only it’s depression, that numb spot is a lack of sensation. the areas around it are You feeling bad for not feeling bad.

So those smaller areas go searching for a cure. I tried making money. Succeeded. didn’t work. Bought my dream car. nope. Girlfriends. nope. Painting. music. woodworking. photography. Got good at some, but that feeling of accomplishment? I haven’t had that since I was 8, and got to be the scarecrow in the wizard of Oz in the school play. My dad showed up. he clapped at the end.

Sought therapy. three decades of it. really threw myself at it. nothing.

Tried travel; been all over the place. Standing at Mcmurdo station, checking the last continent off off my list after 15 years of busting around the world. I felt nothing. Hundreds of cities. thousands of stories. every chunk of land I could find. still nothing.

END_OF_DOCUMENT_TOKEN_TO_BE_REPLACED

What’s it like to know you are going to die soon?

How does it feel to know you are dying? That is a difficult question, because the answer can be different from day to day or even from hour to hour. The feeling, range from denial, to fear, to guilt, to anger, to sadness and to acceptance. It is the same, I suppose, as any greiving process. You can’t work your way through one set of feelings and neatly move on to the next.

It is almost like being at the beach, standing in the water on a windy day. A wave comes at you and almost knocks you off your feet. You struggle and regain your balance, just in time for the next wave to hit. Over time, the strength of the waves subside and you think your footing is a little more secure. Suddenly, out of seemingly no where another large wave hits and you almost loose your balance again.

END_OF_DOCUMENT_TOKEN_TO_BE_REPLACED

In a since-deleted tweet, Roseanne Barr referred to former President Obama advisor Valerie Jarrett as “product  of the Muslim Brotherhood and the Planet of the Apes”.

First of all, this is in no way a free-speech or First Amendment issue. The First Amendment protects us from facing consequences from the government over our speech, not consequences from our peers or our employers. Yes, what Barr said, although abhorrent, absolutely was constitutionally protected speech, and, of course, it should be. After all, giving the government the power to decide what is and is not “acceptable” speech would be giving the government the power to silence whatever kind of speech it felt like silencing, which would be very dangerous indeed. Anyway, the point is, a free-speech-rights violation would be someone trying to, say, arrest Barr for her comments, not firing her for them. Her rights were in no way violated in this case. ABC simply exercised its own rights as a private company to decide whom it does and does not want to associate with, and it’s my view that no one should blame its executives for making the decision that they made.

END_OF_DOCUMENT_TOKEN_TO_BE_REPLACED

Should I fight back in prison?

I have been incarcerated on a few different occasions in my former ( young and stupid) life. One thing that I came to realize when I was in those situations was that, although I was there because I did something that was against the law and I got caught, and the things I did were serious offenses, I did these things simply because I was young and dumb kid. I knew that I did not belong there.

The people that I encountered during my stays were mostly psychopathic, sociopathic and basically people who decided that they were not going to follow the rules of society. Most of the time people like this will never conform to the rules set by our society and culture. They just do not and will not get it. These people use violence and the fear of violence to try to achieve their goals, whatever they may be. For whatever reason this is how they learned to navigate the world. These people will use violence or the threat of violence to get whatever it is they want from you because this is all they know. If you show them that you are not afraid of their attempts to scare or intimidate you, most of the time they will leave you alone and you will even gain their respect. This is all that they will understand and these people belong in prison, locked up like the animals that they are.

END_OF_DOCUMENT_TOKEN_TO_BE_REPLACED

If a soldier steps on a landmine and doesn’t lift his foot off the landmine then it won’t detonate, but is there any way out of this scenario?

You mean after you hear that soft “click” that mine manufacturers built in out of curtesy so that a soldier knows he’ll die soon and can say his last prayer, or better even, be saved by his mates?

Sounds too good to be true? That’s because it’s not.

If you were to construct an anti-personnel (AP) mine, would you built it in a way that allows a soldier who stepped on it to get away unharmed? Probably not. At least that’s how weapon developers approach that question. And why wouldn’t they? Their job is to create a device that stops the enemy from penetrating an area (or at least to make it very time-consuming). The more casualties the deployment of the device produces, the more it will slow down or stop the enemy. Obviously, this is best achieved with a mine that instantly injures or kills a soldier rather than with one that allows him to survive unharmed.

END_OF_DOCUMENT_TOKEN_TO_BE_REPLACED

Why does Norway have much less gun violence than america even though gun ownership is very high?

First and foremost, there isn’t a culture of being afraid, which is more present in the US. This results in less of a wish to “have a gun to protect yourself”. Wanting to have a gun to protect yourself is common in the US even among regular people, and is included in gun safety training. In Norway, 25 years ago when I regularly hung out with criminals in the rave scene, it wasn’t even common among career criminals to want to have a gun for protection. It was possible to get one, but it was non-trivial. I never encountered an illegal gun, though I’ve encountered plenty of legal ones.

But that brings us to another aspect of this: There’s very little long-term crime culture in Norway. Crime tends to be a thing that young people do and then grow out of. This again ties into a few different things:

END_OF_DOCUMENT_TOKEN_TO_BE_REPLACED 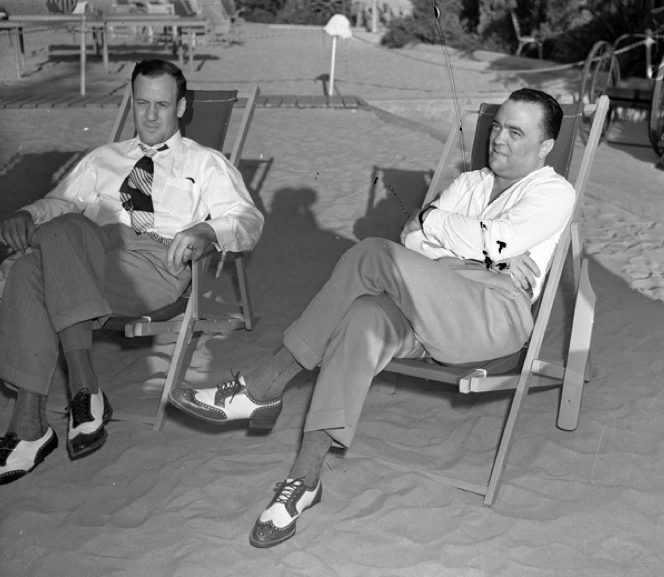 Some reasons why this may be a correct assumption:

How did prohibition ever gain enough popular support to become law?

1) Because of the Second Great Awakening (1790-1840) and the Third Great Awakening (1850-1900), the American people became increasingly religious (yes, that’s possible), and the religious fervor translated into a zeal to improve the society, and one of the greatest scourge these religionists see is drunkenness (and people back then drank A LOT considering how cheap hard liquor was back then). These people just eradicated slavery, and they were moving down the list of societal ills.

2) Because of the Woman’s Suffrage movement, as married women and children were one of the people most heavily affected by drunkenness (i.e. husbands drinking away all the money, spousal/child abuse under the influence, etc). Prohibition has great popular support amongst the women of America. And as women’s political rights increased, so did the power of the prohibitionists. In fact, one of the Suffragette’s main arguments was that it allowed women to escape drunken husbands.

END_OF_DOCUMENT_TOKEN_TO_BE_REPLACED

How do prisoners get so muscular?

When I first came to prison back in 2001, I knew that I would be entering a treacherous environment.  Instinctively, I felt the Darwinistic importance of staying in shape in order to survive. I was actually looking forward to ‘hitting the weight pile’ and ‘driving iron’ in order to put on some muscular size.  However, when I finally made it to the yard, I learned that the California Department of Corrections had removed all of the weights in 1998.  Administration claims this was due to the potential of them being used as weapons.  Personally, I think it was because California’s ‘tough on crime’ policy had almost doubled the size of the prison population.  The end result being more and more muscle-bound felons being released back into society.   Whatever the reason, guys in prison could no longer get as big, except for the dedicated few who used their creative ingenuity to achieve muscular size and definition.