What we want most, the deep stuff, the meaning, the purpose, the things that are more than just feelings of wellness like happiness that can be here and gone faster than a fart in the wind, are won, they do not simply happen. ⠀⠀⠀⠀⠀⠀⠀⠀⠀
⠀⠀⠀⠀⠀⠀⠀⠀⠀

Most wish and wait, but the thing we want most is found where we least want to find it, in struggle, in effort, in discipline, in NOT submitting to desires in the moment at the behest of our greater desires for our life. ⠀⠀⠀⠀⠀⠀⠀⠀⠀
⠀⠀⠀⠀⠀⠀⠀⠀⠀
END_OF_DOCUMENT_TOKEN_TO_BE_REPLACED We all want to be happy.

We all want to experience joy, love, and abundance on a daily basis.

We all want to live the best life possible.

But very few of us actually know how to achieve the goal of lifelong happiness.

We are always thinking once we get this done or accomplish that goal… then we’ll be happy.

Once I get this promotion then I’ll be happy…

Once I make enough to retire then I’ll be happy…

Once I get a date then I’ll be happy…

END_OF_DOCUMENT_TOKEN_TO_BE_REPLACED Here’s a hard truth about life that few people will tell you and most people don’t want to accept: working hard, not for a boss or because The Man™ wants you to, but on yourself and your passions is one of the best ways to all but guarantee yourself at least some level of happiness.

But the thing is, many of us don’t want to work hard, because often hard work, even on things that we love, can get pretty uncomfortable. The word “passion” comes from the Latin word for “suffer” because often we have to suffer for the things that we’re passionate about.

END_OF_DOCUMENT_TOKEN_TO_BE_REPLACED In some corners of our society you’re actually praised for being a victim. The more arbitrary victim classes you belong to, the higher status you hold. You’re seen as strong, for being weak.

If you don’t watch out for it, you can find yourself being proud of being a victim, and your victimhood may not actually be real, nor should you want it to be. You’re a man. A man cannot be a victim unless he gives his permission. If he does, he also relinquishes power over his current and future life as a victim depends on others to succeed, to be ‘allowed and enabled’ to succeed.

END_OF_DOCUMENT_TOKEN_TO_BE_REPLACED

I see people here all the time who feel discouraged because they’re trying to make a change in their life and feel bad because they used to be able to do that thing, and now they aren’t able to push themselves to do it.

“I used to get up early/get good grades/feel motivated/whatever, and now I can’t. I must be terrible.”

First of all, no, you aren’t. And second of all, it doesn’t matter. That has no impact on whether or not you’re doing it now. All you’re doing is discouraging yourself and making it harder to make changes now.

END_OF_DOCUMENT_TOKEN_TO_BE_REPLACED Every interaction between two humans can lead to a physical escalation. Most people will flee when confronted with this possibility. This can limit our choices, because we don’t act in such way that might spark a fight with another individual, even if that action leads to getting something we want.

Being ready to face the ultimate consequences if any situation goes wrong lets you take more risks, makes you more assertive and unconsciously increases your confidence around other people.

See that girl with the jock that you want to meet? Let’s do it! Who gives a fuck if the jock tries to intervene? In the worst scenario I’ll just punch my way out.

END_OF_DOCUMENT_TOKEN_TO_BE_REPLACED Last summer, I went to a Red Hot Chili Peppers concert. This was a dream come true for me: Kiedis & Co. aren’t getting any younger and I absolutely had to see them live while they’re still touring.

Midway through the concert I realized that, at any given time, 5+ people in my immediate vicinity were using their phones. Everyone was instagramming, facebooking, tweeting, texting…

They didn’t even stop when Under the Bridge – only one of the best songs ever – came on.

My first thought was, are you kidding me. These people paid good money to see a legendary band… but were more interested in telling their friends about the concert than actually watching it.

Then I remembered what year it was and this is normal. People live in their phones now.

But they really shouldn’t – and here’s why.

END_OF_DOCUMENT_TOKEN_TO_BE_REPLACED It’s easy to want to aim for perfection. We often think that if we can’t be the best or do something exceedingly well, we might as well not bother. It’s even easier to decide that when we can’t do the thing we had planned to do, we might as well do nothing at all.

Neither of these thoughts will serve you in building discipline.

Keep in mind that perfection isn’t real. Each person has a different idea of “perfect” so what you think is best, the next person might think is 80% of perfection. Aim to be good enough. Don’t let perfect be the enemy of good. Good enough will get you places.

In the same vein, doing something is always better than doing nothing. Maybe your goal was to spend an hour today cleaning your house, but it’s late, and you’re tired, and you don’t want to, and an hour seems way too big and intimidating.

END_OF_DOCUMENT_TOKEN_TO_BE_REPLACED 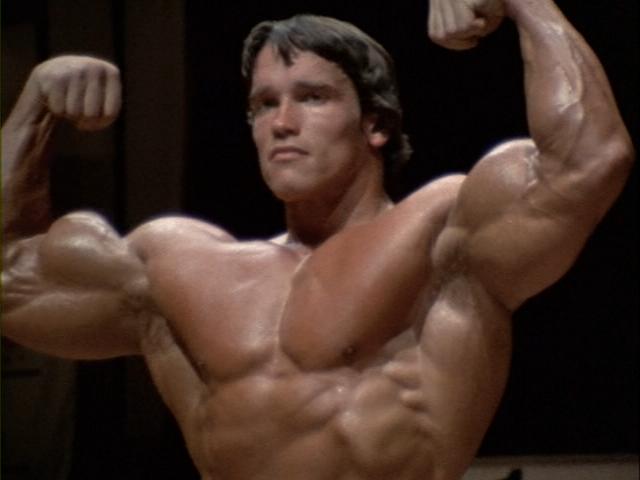 Some advice from Arnold Schwarzenegger’s autobiography:

Somehow the thought took shape in my mind that America was where I belonged. Nothing more concrete than that. Just . . . America. I became absolutely convinced that I was special and meant for bigger things. I knew I would be the best at something – although I didn’t know what – and that it would make me famous. America was the most powerful country, so I would go there. The thought of going to America hit me like a revelation, and I really took it seriously. I’d talk about it. The kids got used to hearing me talk about it and thought I was weird, but that didn’t stop me from sharing my plans with everyone: my parents, my teachers, my neighbors.

END_OF_DOCUMENT_TOKEN_TO_BE_REPLACED I started college in 1988 and just finished yesterday. I had many re-starts, went to many different colleges, took many breaks, but the deed is done. The last couple of weeks I would have little moments of awareness that I was finally going to finish and I would get butterflies in my stomach. It’s become almost surreal. I feel very conflicted about it. I’m really proud for not only graduating, but graduating from Washington University in Saint Louis. It’s a kind of tough school and I struggled many times and almost quit many times. I also feel a little foolish celebrating because it took me 31 years to do it. I was going to pass on the whole walking in my robes but my wife convinced me I should. I agreed because I didn’t want to regret it later in life and I couldn’t go back and redo it. But I’m definitely going to feel awkward. (TBH I feel awkward most of the time) I keep hearing a lot of praise from people and thought I should share it here if it helps someone else like me or just someone who is thinking of quitting. Just remember Dory and “just keep swimming” you’ll get there.