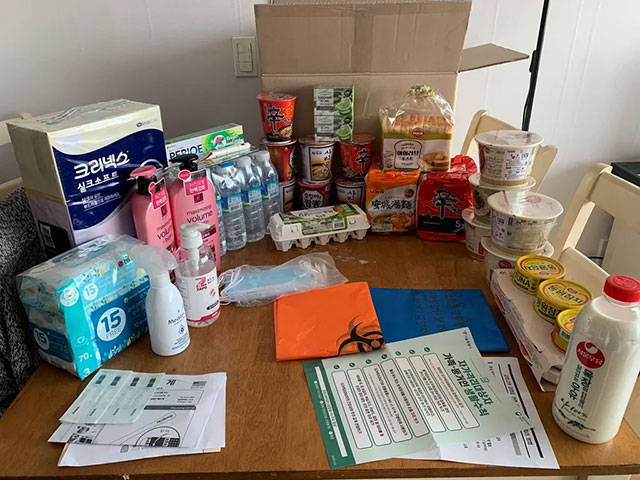 The contents vary by district office, but if you are required to quarantine, you get boxes of food, supplies, sanitation spray and masks, biohazard bags and garbage disposal instructions. Depending on where you live in the country, you may get follow up boxes of fruit and other things to help survive quarantine. Korea also has 24 hour delivery of all kinds of stuff and a safe delivery option to avoid coming in contact with the delivery man. Care is also free. (Although if you fly into the country, mandatory 14 day quarantine costs 100 dollars per day for temporary visitors) 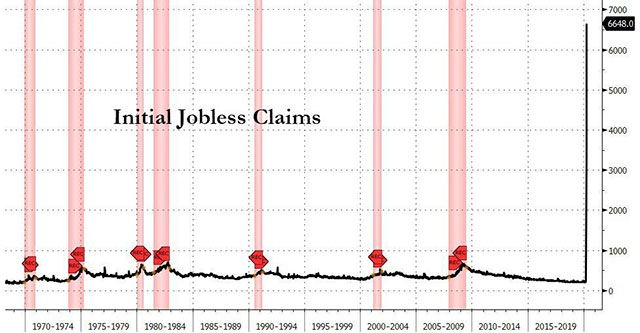 What 6.6 million jobless claims looks like versus the past 50 years of reporting

In the prior week, ending March 21, a revised 3.307 million initial claims were filed. But analysts said even that lofty number was low because many states’ employment websites were overwhelmed, making it difficult for applicants to get through. A year earlier, the weekly total was just 211,000. 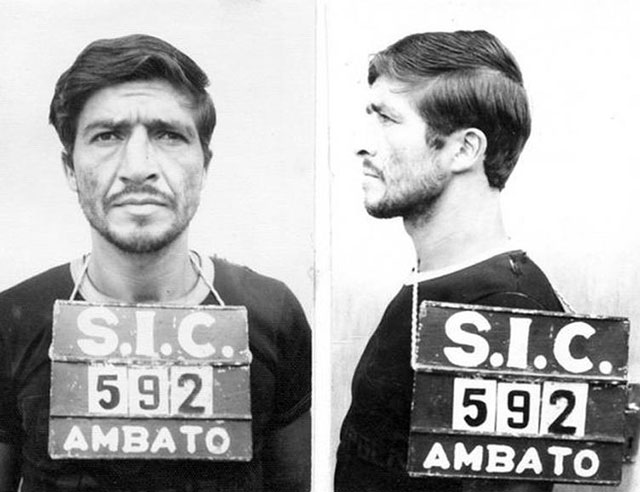 The “Monster of the Andes” who claimed to have raped and murdered 300 girls all over South America. He lead authorities to a mass grave of 53 bodies, all nine to twelve-year-old girls.

Pedro Lopez, also known as The Monster of the Andes, is a prolific serial killer and rapist who may have murdered as many as 300 little girls in several South American countries. Lopez was caught and tried for his crimes, but was declared insane and sent to a mental hospital. In 1998, he was released on good behavior and no one has seen him since. 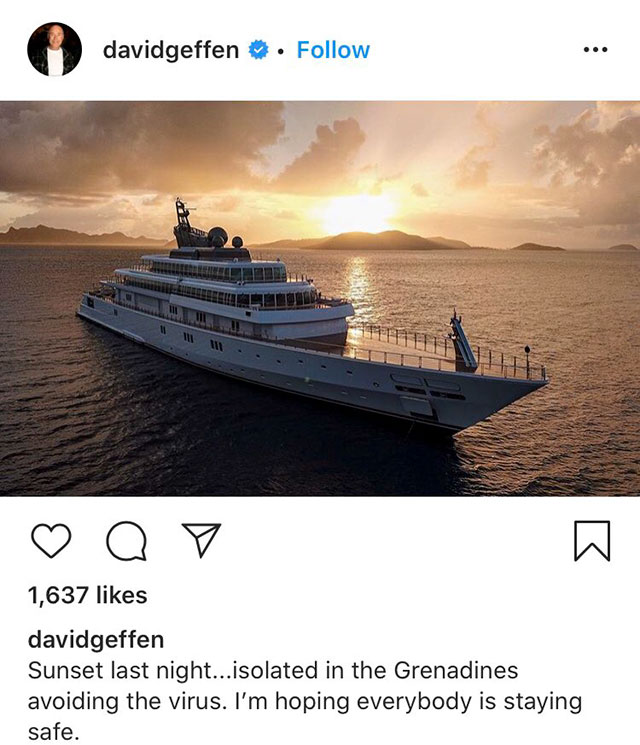 Geffen, founder of Geffen Records and co-founder of DreamWorks Pictures, took to Instagram on Saturday morning to post images from his luxury yacht, which Geffen bought for $590 million, according to Forbes.

“Sunset, last night,…isolated in the Grenadines avoiding the virus. I’m hoping everybody is staying safe,” Geffen wrote to his nearly 84,000 followers.

The images included two wide shots of the “Rising Sun” yacht, as well as one of the luxurious main deck.

END_OF_DOCUMENT_TOKEN_TO_BE_REPLACED 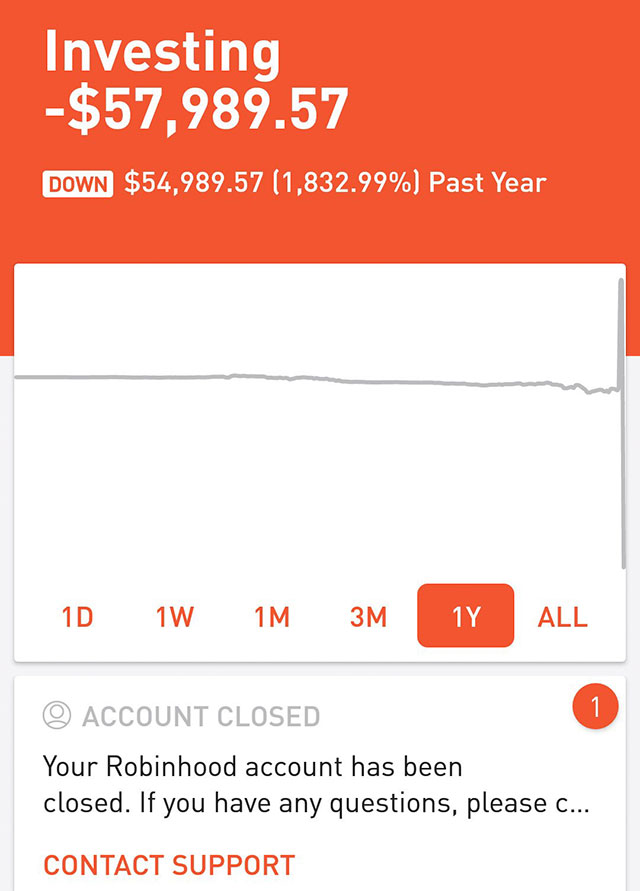 The Most Important Rule of Investing: Only Invest What You Can Afford To Lose

If you always remember the “never invest money that you can’t afford to lose” rule and never violate it, you shouldn’t have to worry about eating cat food during your retirement or if something potentially catastrophic occurs like job loss or illness. Worse than investing before you’ve established savings is the prospect of investing money, you need to meet other responsibilities, which can be catastrophic.

END_OF_DOCUMENT_TOKEN_TO_BE_REPLACED 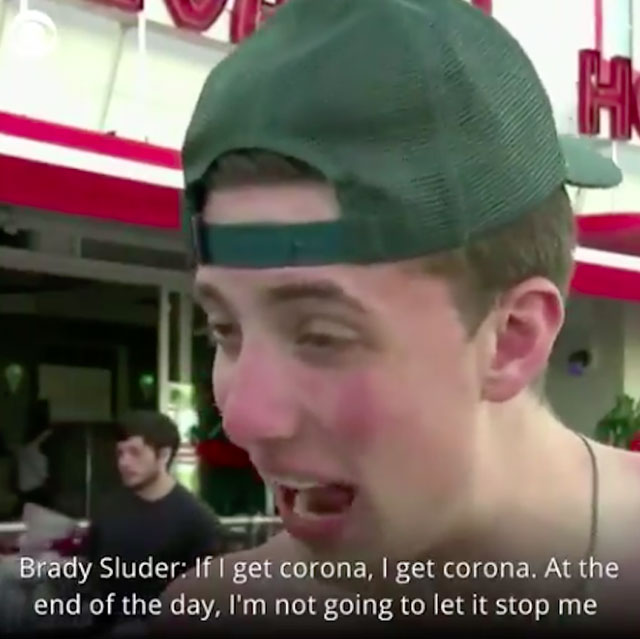 Brady Sluder, The Spring Breaker Who Was DGAF About Coronavirus Has Apologized

I would like to sincerely apologize for the insensitive comment I made in regards to COVID-19 while on spring break. I wasn’t aware of the severity of my actions and comments. I’d like to take this time to own up to the mistakes i’ve made and apologize to the people I’ve offended. Like many others, I have elderly people who I adore more than anything in the world and other family members who are at risk, and I understand how concerning this disease is for us all. Our generation may feel invincible, like I did when I commented, but we have a responsibility to listen and follow the recommendations in our communities. I will continue to reflect and learn from this and continue to pray for our well-being. I deeply apologize from the bottom of my heart for my insensitivity and unawareness of my actions.

END_OF_DOCUMENT_TOKEN_TO_BE_REPLACED 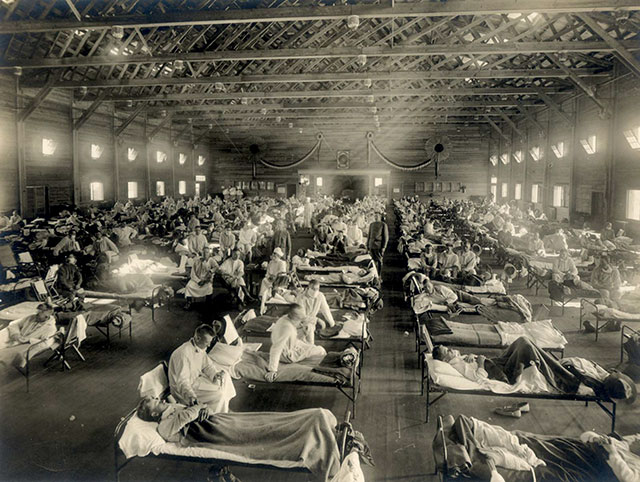 From January 1918 to December 1920, a deadly influenza outbreak infected 500 million people across the world. Estimates suggest between 50 and 100 million people died from the virus, in other words, up to 5% of the planet’s population. It killed more people than any other illness in recorded history, more even than the total number of deaths in WWI.

In 1918 World War 1 censors minimized early reports of the flu epidemic’s death toll to maintain wartime morale. Newspapers in neutral Spain were free to report on the epidemic’s effects, creating a false impression that Spain was the hardest hit, and giving rise to the name “Spanish flu”.

END_OF_DOCUMENT_TOKEN_TO_BE_REPLACED 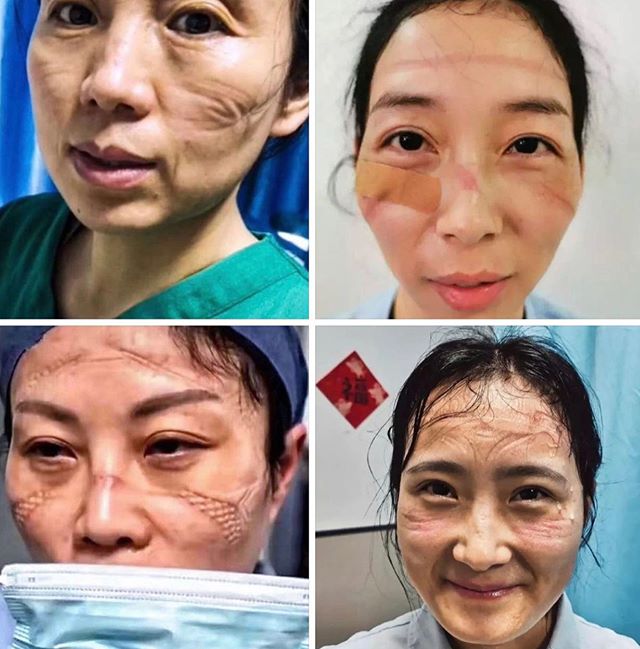 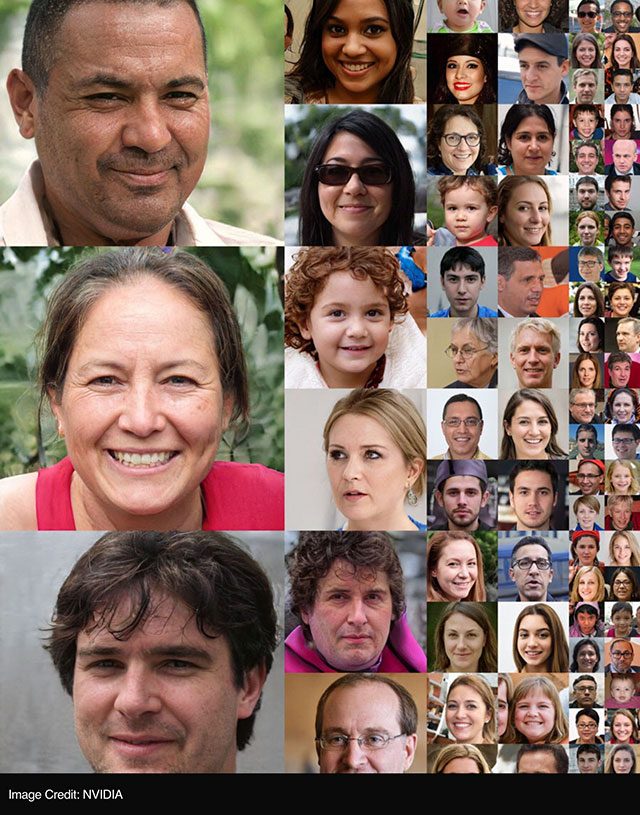 These are all faces made by NIVIDIA’s neuro-network, none of them are real.

They have been synthesized by Nvidia’s new AI algorithm, a generative adversarial network capable of automagically creating humans, cats, and even cars.

To be more precise, these faces are created by a generative adversarial network (GAN) developed by Nvidia, using deep learning techniques to produce realistic portraits out of a database of existing photos.

With a GAN, two neural networks – neural as in designed to mimic the brain’s decision-making process – work in tandem. Here, one network generates a fake face, while another decides if it’s realistic enough by comparing it with photos of actual people.

If the test isn’t passed, the face generator tries again. 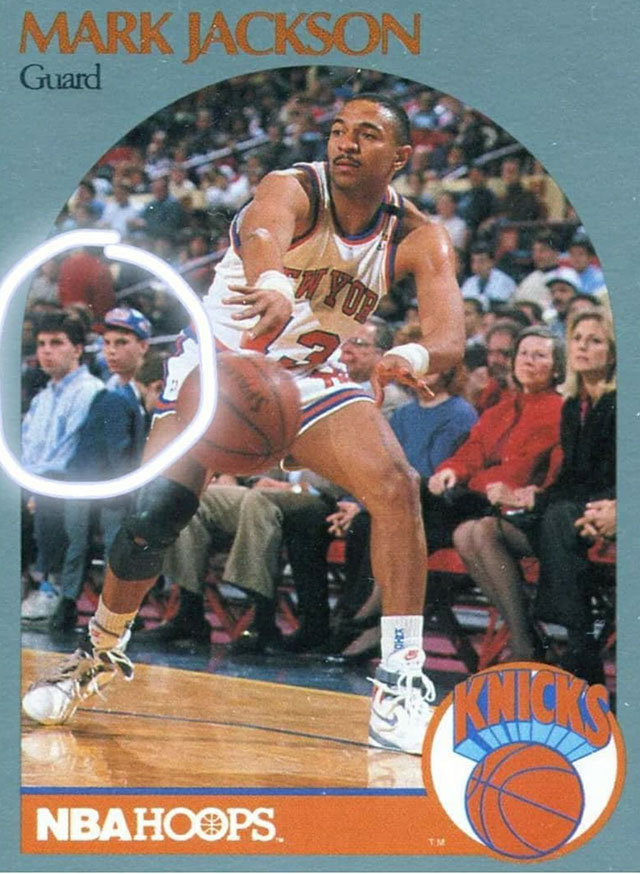 Menendez brothers on a basketball card sitting courtside of a Knicks game after murdering their parents.

Lyle and Erik Menendez pictured on a basketball card, sitting front row during a months-long spending spree after murdering their entertainment mogul father and mother for their insurance money in 1989. Following the murders, Erik spent 60K on tennis lessons and competed in international tournaments, while Lyle bought a restaurant in Princeton where he attended college. The brothers were arrested when their spending got out of hand & one of the brothers admitted the slayings to his shrink. They are still incarcerated today.