In October 2016, petitions were made to ban her from YouTube as some internet users believed she was promoting dangerous eating habits, and creating pro anorexia content. Around that time, Cooney stated that she did not have an eating disorder and refrained from discussing her weight and eating habits.

Pro-anorexia (pro-ana) groups differ widely in their stances. Most claim that they exist mainly as a non-judgmental environment for anorexics; a place to turn to, to discuss their illness, and to support those who choose to enter recovery. Others deny anorexia nervosa is a mental illness and claim instead that it is a “lifestyle choice” that should be respected by doctors and family.

Polish Olympian Maria Andrejczyk earned the silver medal in the javelin throw at the 2020 Tokyo Olympics.

On August 11, she announced the auctioning of her prized medal to help save a young boy’s life.

Just five days after securing the silver medal in javelin, Andrejczyk announced the auction on her Facebook page.

END_OF_DOCUMENT_TOKEN_TO_BE_REPLACED At 70, Joan MacDonald Was Huffing And Puffing Up Stairs. Now, At 75, She’s In The Best Shape Of Her Life And Inspiring Millions

In 2017, MacDonald began her fitness journey. She was 70 years old, weighed nearly 200 lbs, and had rising blood pressure and kidney troubles. She was also on medication for cholesterol and acid reflux, and her doctor wanted to double the dose.

END_OF_DOCUMENT_TOKEN_TO_BE_REPLACED Richard Louis Proenneke was an American self-educated naturalist, conservationist, writer, and wildlife photographer who, from the age of about 51, lived alone for nearly thirty years (1969–1999) in the mountains of Alaska in a log cabin that he constructed by hand near the shore of Twin Lakes.

On May 21, 1968, Proenneke arrived at his new place of retirement at Twin Lakes, Alaska

Proenneke’s cabin is handmade and is notable for its fine craftsmanship as a result of his carpentry and woodworking skills; he also made 8mm films covering its construction.

END_OF_DOCUMENT_TOKEN_TO_BE_REPLACED

Over the course of his life, former billionaire Chuck Feeney has given away more than $8 billion. He currently lives in a rented apartment in San Francisco, with a remaining nest egg of $2 million.

Feeney made his massive fortune through Duty Free Shoppers (DFS), which he confounded in 1960. In 1982, he decided he would commit to giving away his billions during his lifetime.

END_OF_DOCUMENT_TOKEN_TO_BE_REPLACED This is Franca Viola, an Italian woman who became famous in the 1960s for publicly refusing to accept the twisted tradition of marrying her rapist.⁣

Instead, Viola fought against the law and was able to successfully prosecute her rapist. Her actions became a catalyst for the emancipation of women in post-war Italy and defied the traditional societal norms of southern Italy, in which a woman was deemed to have lost her honor if she did not marry the man who took her virginity.⁣

END_OF_DOCUMENT_TOKEN_TO_BE_REPLACED

This is Emma Gatewood, the first known woman to hike the 2,168 mile (3,489 km) Appalachian Trail solo in just one season. She did it in 1955 at the age of 67, wearing only Keds shoes and carrying an army blanket, a raincoat and a plastic shower curtain. She was also a mother of 11, a grandmother and a great-grandmother.⁣

In the early 1950s, while reading a discarded copy of the August 1949 edition of National Geographic magazine, Gatewood found an article about the Appalachian Trail (A.T.) The description and photographs captivated her and made it sound like something she could do. All that was needed was “normal good health” and “no special skill or training.” She set out in July 1954 at the age of 66 to hike south from Mount Katahdin in Maine. After a few days, she got lost, broke her glasses, and ran out of food. The rangers who found her convinced her to return home, but she decided not to tell anyone about her failure.

END_OF_DOCUMENT_TOKEN_TO_BE_REPLACED 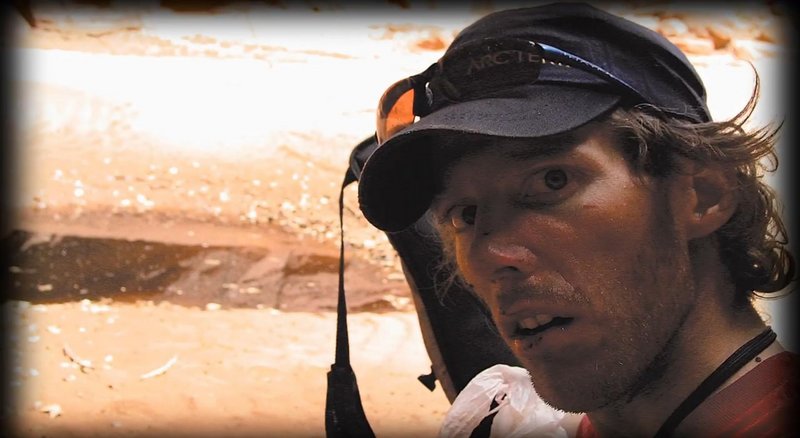 A photo Aron Ralston took after finding a pool of water. Almost an hour prior to this photo being taken, he had just amputated his own arm after being trapped by a boulder for 5 and a half days.

On April 26, 2003, Aron Ralston was canyoneering alone through Bluejohn Canyon, in eastern Wayne County, Utah, just south of the Horseshoe Canyon unit of Canyonlands National Park. While he was descending the lower stretches of the slot canyon, a suspended boulder became dislodged while he was climbing down from it. The boulder first smashed his left hand, and then crushed his right hand against the canyon wall. Ralston had not informed anyone of his hiking plans, nor did he have any way to call for help.

END_OF_DOCUMENT_TOKEN_TO_BE_REPLACED

In 1978, an Indian man travelled from India to Sweden on a bicycle to reunite with a woman he met while she was on vacation in India. Travelling through 8 different countries, the journey took him a total of 4 months. 43 years on the couple are still happily married in Sweden

The man remembers very clearly the day when prophecy became a real story. The beautiful journey began on December 17, 1975. Back then, Kumar was a street artist. A beautiful blonde woman with blue eyes, named Charlotte Von Schedvin, asked him to draw a portrait of her. “When she appeared before my easel, I felt as though I didn’t have any weight. Words are not accurate enough to express such a feeling,” he said. “Her eyes were so blue and big and round, I felt as if she was not looking at me, she was looking inside me, like an X-ray machine!” The nervous young man couldn’t properly draw a woman of his dreams the first time, so he asked Charlotte to come back another day. “She ended up coming back three times, and I did three portraits, ” he said. “After the second time, I felt, she’s the one!” It turns out the mysterious foreign woman was born under the sign of Taurus, owns a forest and plays the flute, just as the prophecy said. “You will be my wife. We were destined to meet.” Kumar told his one real love.

END_OF_DOCUMENT_TOKEN_TO_BE_REPLACED A man in China purchased a first-class plane ticket — and used it to eat a year’s worth of free meals at the VIP lounge at Xi’an International Airport.

The frequent diner purchased a first-class, fully refundable ticket aboard Eastern China Airline. He used the ticket to gain access to the airport’s VIP lounge, where high-rolling travelers dine for free, according to a report last week in the Chinese-language newspaper Kwong Wah Yit Poh in Malaysia. The man re-booked his first-class ticket over and over again and kept the gravy train rolling. Eastern China Airlines officials only recently figured out the man’s scheme after noticing his single ticket being re-booked 300 times over one year, according to the newspaper report. Airline officials admitted there was nothing they could do to stop the frequent diner.