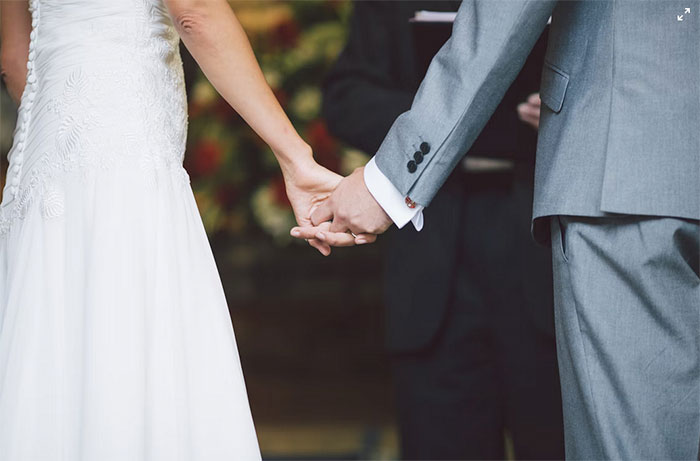 Because the church as a whole encourages young marriage for a few reasons, some spiritual and some practical. I’m speaking from the perspective of someone who was raised in a very traditional Pentecostal church. A lot of what I say can translate to other denominations also but they may not be as strict as what I grew up on.

1. COURTSHIP “POLICY”: The longer you date or court someone is the more likely that you will engage in sexual activity before marriage…a sin known as FORNICATION!! It’s very normal for a couple to literally date for only 6 months and the pastor will give them the green light to get married. That seems unheard of but it’s VERY common in the traditional church! Long courtships are STRONGLY discouraged!

2. “LEAVE AND CLEAVE”: As a Christian young adult, you are not expected to move out, get a “bachelor pad”, explore the world and find yourself. That’s what people in the “world” do! As a Christian, that will just expose you to the many temptations of the world and may ultimately lead to you losing your faith. So you better stay home so that mommy & daddy can hold you spiritually accountable until you get married! The Bible says that “a man leaves his mother and father to cleave to his WIFE”…not his empty apartment!

3. LEAVING THE NEST: Since many Christians are encouraged to stay home with their parents until marriage, marriage becomes their “ticket” out of the house! Marriage becomes the only way that one can start living independently. So the minute a young Christian lands a decent enough job, he gets down on one knee to proclaim his independence!

4. SEX!: A “good” Christian would have kept themselves “pure” throughout adolescence into their early adulthood while people in the world were living it up! So many young Christians are dying to finally enjoy sex. There are also many Christians who were living in fornication and are being torn apart by guilt. Marriage pretty ‘absolves’ the sin of fornication since you will have a mate that you can have guilt free sex with on a regular basis. They want to experience that sooner than later so they rush to the altar to get laid!

5. CHURCH CULTURE: In church culture, young marriage is the norm. Unmarried churchgoers in their late 20’s and 30’s are often questioned about their singleness and gossiped about. While the average marriage age in the U.S. has gone up, the church has maintained their younger average marriage age. Most people in general society laugh at the idea of young marriage. But when you’re in the church and you get married at 20 yrs old, you won’t be alone as many other young people have done the same.

6. FERTILITY: The Bible says to “be fruitful and multiply”. So having children is seen as a mandate from God in the Christian faith. You won’t find many women in the church opting to not have children unlike the “world”. Obviously, fertility starts to decrease for women around the age of 33. So Christians marry young so that they will have a big enough window of time to be able to safely have children.