END_OF_DOCUMENT_TOKEN_TO_BE_REPLACED

Many have tried, but few can match the promos Ric Flair was wheeling out routinely during his heyday. Whether heel or babyface, the self-styled ‘Nature Boy’ knew exactly how to get people listening. Unstoppably brilliant when given the platform to talk, Flair proved each time why he was the biggest star in the territory.

This infamous example comes from 1987, and what makes it so effective is the little elements of truth slipped in. Ric Flair’s promos were so good because he really believed in what he was saying, and that comes across to the fans – it’s mighty difficult to not pay attention when somebody is speaking with such conviction.

Somehow, even though he’s rubbing it in people’s faces that he has tremendous wealth, Flair comes across as passionate and almost likeable, again because his words carry amazing confidence. Just try and watch this one without getting goosebumps.

END_OF_DOCUMENT_TOKEN_TO_BE_REPLACED Zhang Ziyu, a 14-year-old basketball player from Shandong, China, has been getting a lot of attention because of her unusual height, 7ft 5in, and getting compared to Chinese basketball legend Yao Ming, who is 7ft 6in.

In photos and videos that have been making the rounds online for the past week, Zhang Ziyu can be seen towering over both teammates and opponents during an under-15s tournament in Jingzhou, where she just happened to score 42 points in a game, as well as 25 rebounds and 6 blocks.

END_OF_DOCUMENT_TOKEN_TO_BE_REPLACED

Former Bellator MMA fighter Joe Schilling was seen in a video Monday knocking out another man at a Florida bar.

Schilling, 37, posted footage of the incident to his Instagram account, claiming the incident was an act of “self-defense”, and was “scared for his life” and “simply defending myself against the evil in this world”

END_OF_DOCUMENT_TOKEN_TO_BE_REPLACED 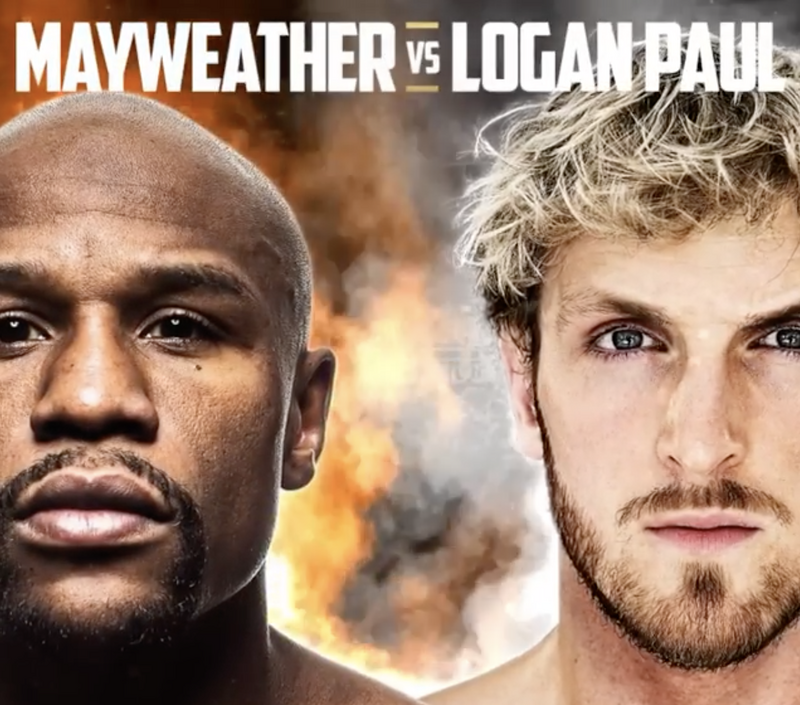 Over the last year or so there has been an unsettled relationship between the sport of boxing and the youtubers determined to play at it. Logan Paul is at the awkward center of it. After two mediocre exhibition fights with internet personality KSI, Paul has managed to snag himself a fight with the retired superstar and world richest athlete, Floyd “Money” Mayweather.

END_OF_DOCUMENT_TOKEN_TO_BE_REPLACED 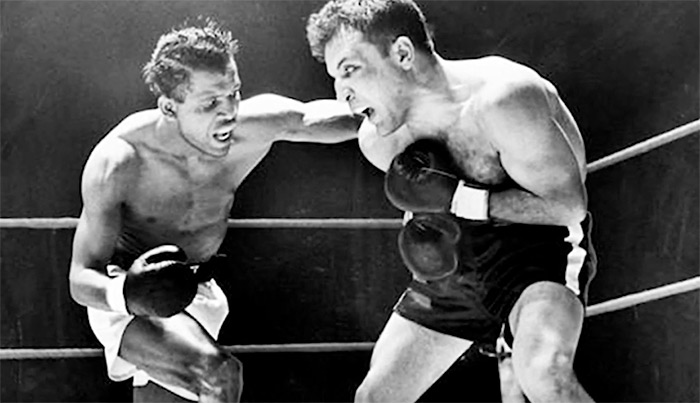 Corruption is inherent in humanity. Since the creation of a monopoly on power, enabled by the invention of currency, the ability for money to have undue sway is nothing new in human history.

Boxing has changed massively. What the sport was long ago and what boxing is now are completely different, but the rotten influence of lazy money is still present. So with that let’s take a look at the lurid lore that gave the sport of boxing itself a black eye.

END_OF_DOCUMENT_TOKEN_TO_BE_REPLACED Coach obviously knew this guy was full of shit right away. He humbled the guy and taught him a lesson. He could have just beat his ass out the door without giving him a chance. Respect!

END_OF_DOCUMENT_TOKEN_TO_BE_REPLACED

We aren’t all blessed with a 6 in front of our height. Aren’t all granted the luxury of long reach. But that hasn’t held back these fighters from around the world combat sports from becoming champions in their disciplines. So if you are one of those people standing on tippie-toes to board a roller coaster, but you still wan to fight about it, Here are a few diminutive destroyers in Combat sports and what you can learn from them.

END_OF_DOCUMENT_TOKEN_TO_BE_REPLACED (Warning: Graphic image in this post of one of the worst things to ever occur in an MMA fight)

Canadian MMA fighter Khetag Pliev began his fight against Devin Goodale on Thursday night with 10 fingers, as almost every fighter begins almost every fight, but he ended it with nine. Fans in attendance for Cage Fury FC 94 in Philadelphia got to witness the first win by TKO – (Detached Finger) in promotion history, as the fight ended between the second and third rounds when someone in Pliev’s corner pointed to where his left ring finger used to be and was, presumably, like “Where’d that one go?” Nobody knew where the digit was at the time, but it was very clear that it was not where it was supposed to be (on his hand).

END_OF_DOCUMENT_TOKEN_TO_BE_REPLACED