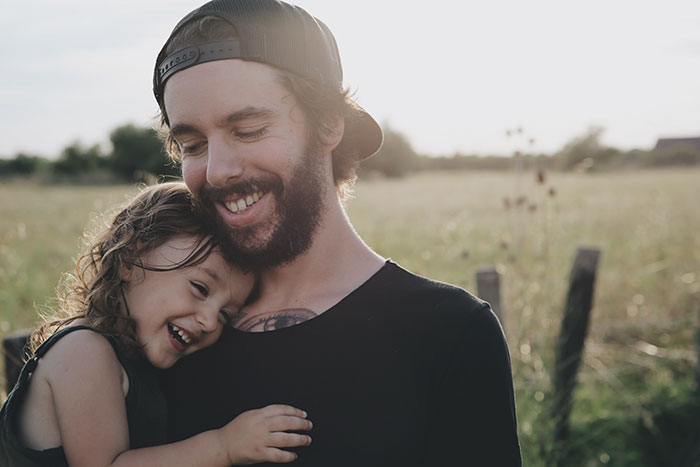 1. If you want a smarter kid, teach your child to read as early as possible and instill in them a love for books. Because as soon as they can read, they can teach themselves. And that will be a life-long advantage over their peers who don’t have that same ability.

My mom told me at a young age that she would ALWAYS have money to buy me a book, and she always did. Kids could stay up as late as they wanted if they were in bed reading. We all all developed a great love for books.

2. Strict parents can turn their kids into more effective liars because children who are afraid to tell the truth learn more deceptive behaviors to avoid getting in trouble. Set reasonable rules and expectations for your child, Reward positive behavior and Accept mistakes as a chance for learning.

I dont get angry with them. Frustrated, yes. Annoyed all the time. ButI dont yell, curse or get out of control. I want them to be able to control their behaviour and outbursts, and I cant do that if I cant lead by example.

My mom wasn’t strict and I shared everything with her. Instead she just set reasonable rules, allowed me to argue for what I believed was fair, and discussed things with my open and honestly. If I could convince her a rule didn’t make sense, it would be changed. It was fair and it taught me a lot about things like conflict resolution and open communication.

3. To avoid the fake, cheesy smile on young kids when you try to take their picture, ask them to tell you a joke while you take it, but tell them that they should absolutely not laugh while telling it. Beautiful pictures every time of glee.

4. If your child does something (like cleaning) out of the norm, don’t ridicule them for it. Positively reinforce it.

When I was younger, I got to the age where I started helping out. I can’t remember exactly what happened the first time, but I think I cleaned up the house (5 kids, 2 adults, big house) because my parents needed that extra bit of help. Instead of “hey, thanks for helping out” the end. I got “what’s wrong with you? Did you bump your head or something” and I remember one time I was washing up, my mum called for “everyone come quick” because I was doing the washing up and it’ll never happen again so take a look whilst you can.

Even now, as an adult, if she’s over and I get the hoover out she’ll say “are you feeling alright” and my sister now says it too.

It makes me so uncomfortable that I have to clean in private, when my partner is out. I feel like I’m being ridiculed or judged if there is anyone in the house. Then once I’ve got it perfect if my mum or sister come over they’ll say “oh has fiancé been polishing?”

5. Give your child/teen an innocuous sounding phrase to text you as a code for “get me out of here” when they want to avoid peer pressure but not look like they are bailing/lame

For example, ours involves our son texting asking if our dog is okay. Then we can come get him and tell him he needs to get home. Parents look lame, not the kid.

6. Need to divide something fairly between kids? Get one of them to divide, and the other person gets first pick. This can also works for drunk adults.

7. If your kid’s in college, stop being a bridge between them and the institution.

I’m see a lot of parents either trying to take their children literally to the doorstep of the class or still trying to solve every bureaucratic problem they have.

Once kids enter college, they need to start taking taking care of themselves. If you don’t let them find their own way in the world, they’ll always be dependant on you.

8. If your kid is a picky eater, introduce new food outside of already emotionally charged mealtimes

If meal time is already a struggle introduce new food outside of it and with no expectation that they will eat it, offer them the chance to be able to say no without you seething or arguing or pleading like they might see at meal times.

Tell them about the food, show them what it looks like, how it’s prepared, let them handle it, touch and smell before it’s prepared/cooked.
When possible involve them when buying it, let them choose one new fruit or vegetable, pick something at random by designating a color for the day.
Let them smell the spice cabinet and tell you what smells nice to them and go from there. Try things without seasoning and then with seasoning.

Teach them the vocabulary they need to tell you what they like about it and what they don’t like, maybe it’s taste, maybe it’s texture. It will help you rule out mild allergies, cilantro tasting like soap gene, texture aversion…

Tell them about what you like and what you don’t like and how sometimes you have to eat things you are not fond of and it’s not the end of the world.

Imagine how you’d react if someone put some unrecognizable foodstuff in front of you and told you you had no option but to eat it – you’d want to know what it is, what to expect taste wise.

9. If you have children and talk to them about danger (which you should), tell them that if someone is ever attempting to take them they should yell “you’re not my mom/dad!” That way, passers-by know it’s not just a kid having a tantrum.

My mom taught me this along with having a password if one of her co-workers ever had to pick me up for an emergency or whatever. Once my grandpa came to get me and it wasn’t planned, I asked him the password and he didn’t know what I was talking about. I wouldn’t go with him for 20 minutes until he called my dad and got the password.

10. Teach your young kids how to access and use your phone in case of emergency. How to dial 911 with a locked phone. How to use Siri or OK google to dial a relative. Which relatives to call.

11. Playing chess against a little kid but don’t want to go easy? Give them the option to switch sides with you during the game. It makes it more fun for both sides.

12. If your kids are having nightmares from watching a scary movie, show them the “behind the scenes” or “making of”

My dad used to watch a vhs of the thriller music video every Halloween. It scared me as a kid but there was a behind the scenes afterwards showing Micheal getting into costume and teaching all the dancers. It made me feel better and probably helped me enjoy working backstage in theater and film years later

13. Teach your kids the anotomical names for their parts

I work as a security guard in a family shelter here in NYC. About three days ago, this little boy comes up to me during my briefing. He tells me in front of my supervisor and the regional director (I have no idea why RD was here, I started less than a month ago) and tells me “Daddy licks my gummies” my supervisor chimes in “Then tell him to buy you a new bag.”

This doesn’t sit right with me, so I ask the little boy to point to his gummies. Kid points to his crotch.

After briefly investigating, we get the kid out of the area and call the cops, 10 minutes later, cops are here, dad is getting arrested, I’m on the phone with momma bear and an officer. My supervisor is being chewed out by the RD.

Moral of the story, teach your kids the anatomical names for their parts. Had a less intelligent guard been on duty (And I hate to say I’m outnumbered 15:1) this might have gone unnoticed.

14. If you have kids but get divorced, go to family counseling. At least take your kid. Even the cleanest divorces can negatively impact a child, and messy ones certainly will. You might save your kid from lifelong trauma, normalize mental health, get them coping skills, and set them up for success.

It’s called an Adverse Childhood Experience, or ACE. There is a list of things that qualify as an ACE. depending on how many ACE’s a child experiences, and the severity of those ACE’s, it will likely lead to a lifetime of mental health issues. So, yeah. If you get divorced, and you have kids, take them to a good therapist.

15. To get a small child to stop crying, ask them what colors various things around them are.

If a kid is screaming their head off because they’re going to bed or something but then you ask them what color their shirt is, 9/10 times they’ll stop crying to tell you. Keep doing that with different things and pretty soon they’ll forgot they were ever crying. This works for any time you need to distract them.

You can use this concept for other situations too. If they’re not eating their food, ask them what it taste like.

It’s called grounding, and you can do it with each of your senses! Ask them what they hear/to hum their favorite music, ask them to feel an interesting texture/pet an animal, ask them to count ceiling tiles, lick something salty, etc! It takes a little while but this can slow down a panic attack