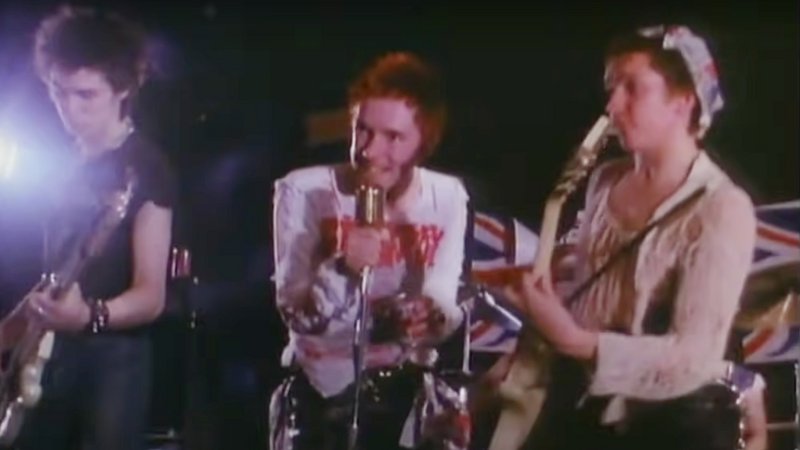 Sid Vicious was just as incompetent as you’ve heard, unable to tune or play his bass, but he wasn’t chosen for the band for his musicianship.

The Pistols’ manager Malcolm McLaren fancied that he was making some sort of artistic statement through the look and style of the band as well as through their music, and he thought Sid represented the sort of nihilistic, destructive force he wanted punk to be. Plus he was a good looking lad (under all the hairspray and the sneer) who oozed danger and looked good with his shirt off.

The rest of the band had to cope with Sid as best they could, which is why they tuned his bass for him, but generally turned his amp off before gigs (perfectly tuned basses don’t mean a thing if you’re still playing the wrong notes), assuming that what with all the gobbing, the jumping around and the heroin he wouldn’t notice.

The rest of the band were hardly virtuoso musicians, but their recorded performances are impressive- Never Mind the Bollocks is a more complex production than many other punk albums of the period, particularly for Steve Jones’ multi-tracked guitar orchestrations (and bass playing on many of the songs, since Glen Matlock had been sacked and Sid was useless).

Lydon’s job as a frontman was never to sing perfectly in tune, it was to present the band’s dangerous, anti-establishment, anti-traditional image, and to scare the shit out of Middle England, which he did with aplomb. What his vocals lack in finesse they more than make up for in pure violent aggression, which is what he was aiming for.

That said, the band were all on board to a greater or lesser extent with McLaren’s punk philosophy that didn’t want to emphasise musicianship- rather to positively conceal it- so the emphasis at Pistols shows was never on musical excellence where it came in to conflict with exciting performance.