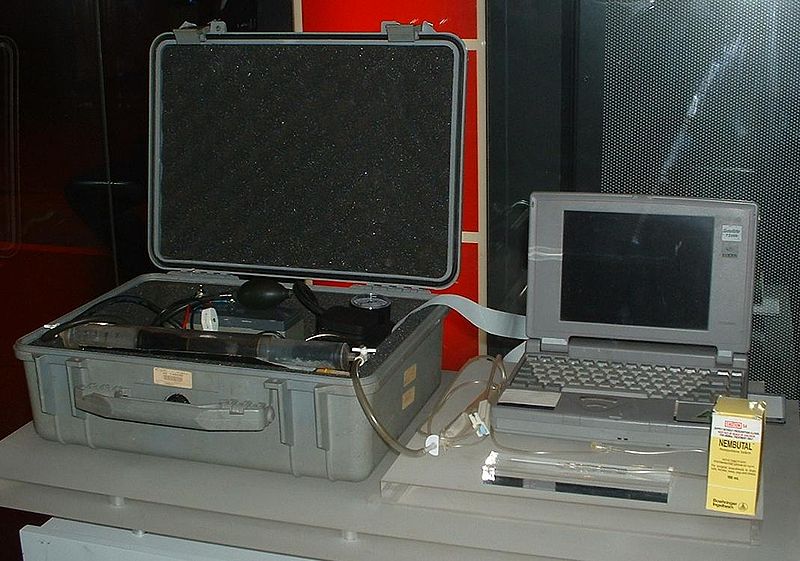 In 1995 an Australian doctor created the ‘Deliverance Machine’: a euthanasia device which utilised a software called ‘Deliverance’ – patients were posed three questions via a notebook computer, if they answered yes to all three, the machine administered a lethal dose of barbiturates

The “Deliverance Machine”, invented by Philip Nitschke was a euthanasia device which consisted of a notebook computer and software titled “Deliverance”, which asks the patient a series of questions, and automatically administers a lethal injection of barbiturates if the correct answers are made.

END_OF_DOCUMENT_TOKEN_TO_BE_REPLACED Not all heroes wear capes. A Taiwanese foundation called “Hand Angels” provides a rather controversial service: They help disabled people get off sexually.

The charitable organization helps disabled people, both male and female, find sexual fulfillment with months of planning for each client as well as the help of volunteers.

END_OF_DOCUMENT_TOKEN_TO_BE_REPLACED

WWII Jeep in a Crate

The military needed a tough vehicle that could carry heavy loads, pull heavy objects and move quickly over rough ground. 648,000 Ford GPW’s and Willys MB’s were built during World War II – 15 percent of military vehicles produced were Jeeps. The Jeep was used by every branch of the U.S military, with an average of 145 assigned to each infantry regiment.

END_OF_DOCUMENT_TOKEN_TO_BE_REPLACED Brendan Walsh runs a commercial diving business in Melbourne and spends his days in all sorts of no-air environments, with a small part being sewage.

Sewage diving in Australia is essential because we use bacteria instead of chemicals to break down the solids.

Big stirring machines run 24 hours a day and moving parts constantly break, which is when Mr Walsh’s business is called in to repair them.

END_OF_DOCUMENT_TOKEN_TO_BE_REPLACED The World Heritage site of Chauvet Cave in southern France is famous for having the world’s oldest cave paintings.

When the cave was discovered in 1994, many scholars initially assumed that they must have been made around the same time as those at Lascaux, around 21,000 years ago.

END_OF_DOCUMENT_TOKEN_TO_BE_REPLACED A bicycle company struggling with damaged shipments used our tendency to scan content and make assumptions by putting a TV image on its box. Damage rates fell 80%

Since early 2016, VanMoof, a Dutch bicycle company, has been shipping its bikes in cardboard boxes with pictures of TVs on their face. VanMoof creative director Bex Rad explains how the bit of trickery was meant to reduce damage.

Bikes are generally thought of as more durable, so shipping companies might not be as careful as they would with a television.

“After a while, fragile labels — which we have tried, believe me — become like wallpaper,”

“We think our solution works better because shipping companies know that if they damage a TV, it ends up being a whole lot more work, so they treat it more delicately.”

END_OF_DOCUMENT_TOKEN_TO_BE_REPLACED

.950 JDJ – Largest Center-Fire Rifle Ever Made. This gun is larger than a .50 cal and larger than the famed T-Rex

The rifle is a single-shot bolt action rifle, weighing about 110 pounds, 18 of which is the muzzle brake.

The bullet has a muzzle velocity of 2,200 feet per second, and generates 38,685 lbs/ft of energy. It also generates a recoil impulse of 200 lbs/ft, or about 13 times the recoil energy of a .308 Winchester. This recoil is FAR beyond the capability of most humans to tolerate, and can in fact cause severe or even fatal injuries. To compensate for this, the rifles are typically fired from a lead sled type shooting rest.The rifle costs about $17,000 by itself, and each round costs nearly $80.

END_OF_DOCUMENT_TOKEN_TO_BE_REPLACED The 9 rules every Wile E. Coyote and Road Runner cartoon had to follow

The list comes from the 1999 autobiography of former Looney Tunes animation director and Chuck Jones, Chuck Amuck: The Life and Times of an Animated Cartoonist The wagers were placed across college football and NFL games over the weekend and consisted of mostly moneyline favorites.